What’s the Point of ‘Naming Names’ in International Inquiry? Counseling Caution in the Turn Towards Individual Responsibility

What’s the Point of ‘Naming Names’ in International Inquiry? Counseling Caution in the Turn Towards Individual Responsibility

In recent years international commissions of inquiry (‘commissions’) have been drawn into the realm of individual responsibility under international law. This is vividly illustrated by the Human Rights Council’s recent request that the International Commission of Inquiry on Syria investigate events in Aleppo to:

“identify all those for whom there are reasonable grounds to believe that they are responsible for alleged violations and abuses of international human rights law, to support efforts to ensure that perpetrators… are held accountable”.

Similar mandates have been awarded to several other UN inquiries, including on Darfur, Guinea, Libya and the Central African Republic. In practice, most commissions identified suspected individuals confidentially. Exceptionally, the commissions on Guinea and Timor-Leste published names in their public reports.

Making findings of (alleged) individual responsibility is a relatively novel development in the fact-finding context. It reflects an idea that human rights are best protected when individuals are held to account for their acts. But it stands in a certain tension to the quasi/non-judicial nature of these bodies. Similar issues have been considered in relation to truth commissions. Yet the inquiry context poses different challenges. Commissions are not intended to replace criminal trials or function as truth commissions ‘lite’; rather, they may recommend such accountability mechanisms as follow-up. Commissions also face very practical challenges in terms of time pressures, resource limitations and, increasingly, a lack of access to the territories of concerned states, all of which can impede their investigations.

The move towards the identification of individuals is part of a certain trend towards the criminalisation of international inquiry. In this post, we would like to investigate to what extent this is helpful. We  discuss some normative and methodological questions arising from individualised accountability and proposes some possible ways forward.

A first crucial point relates to applicable accountability regimes. Identifying individuals as ‘responsible’ for alleged violations may infer legal liability. It is widely accepted that states and certain non-state actors (e.g., state-like entities and possibly armed groups exercising territorial control) hold human rights obligations, as well as IHL obligations when parties to armed conflict. The extent to which individuals can be held legally responsible for such violations is more blurred. Some avenues of responsibility are well-settled, while others are still emerging. 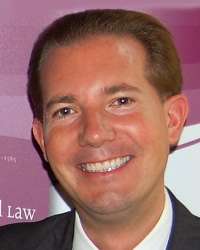 International criminal law provides the most direct authority to establish individual responsibility under international law for ‘core crimes’ of genocide, crimes against humanity and war crimes. However, not every ‘serious’ violation of human rights or IHL amounts to an international crime (see here).While there is some overlap, there are many grey zones resulting from structural and substantive differences in these fields. The North Korea Commission observed that while conduct amounting to crimes against humanity largely overlaps with that constituting gross human rights violations, the former also involves criminal intent and contextual elements [paras. 1028-1030].

Conduct infringing human rights may also be criminalised within a state’s domestic law pursuant to human rights treaties, such as the Convention Against Torture (CAT). States must investigate and prosecute individuals suspected of carrying out serious human rights violations and grave breaches of the Geneva Conventions. 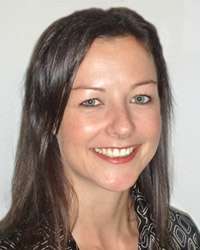 Beyond the realm of criminal law, individuals may bear civil liability for human rights violations in certain circumstances. Article 14 of the CAT provides that each state party must ensure that victims of torture have an enforceable right to compensation in its legal system. Some domestic jurisdictions permit civil suits based on violations of international law, such as the Alien Tort Statute (US). There is also some authority to suggest that it might be possible for individuals to bear international civil liability. Authors such as Andrew Clapham have identified this as an emerging basis upon which individuals could be held internationally responsible. This possibility was left open by the ILC, which noted that international individual responsibility had thus far “operated in the field of criminal responsibility, but it is not excluded that developments may occur in the field of individual civil responsibility” [at 142]. While an emerging trend may be observed, it is doubtful whether such a basis for individual responsibility has crystallised into a settled norm. It may be helpful to distinguish criminal responsibility from broader (and less clear-cut) individual liability for human rights violations, and to de-criminalise the use of language.

What is the added value of naming names?

There are precedents relating to the ‘naming of names’. Previous commissions have identified suspected individuals in the hope of supporting prosecutions. However, the conditions under which this is desirable require careful scrutiny.

A first lesson from practice is that providing a bare list of names may be of limited use. In many cases, prosecutors will have to construct their own theory of the case and conduct independent investigations. Providing ‘leads’ for such investigations through fact-finding may be more helpful than a list of names. One crucial element of any criminal proceeding is the disclosure of evidence to other parties, most importantly the Defence. Material and information collected by commissions of inquiry may support criminal proceedings if informants provide full and informed consent for disclosure of their information. But obtaining such consent is a delicate exercise, in light of the limited possibility of commissions to protect information providers.

Secondly, the consequences of ‘naming names’ need to be carefully considered. On occasion, public naming may have accountability benefits. For instance, the Guinea Commission’s decision to publicly identify high-level suspects placed the Government on notice of the need to investigate. The fact of publication arguably made it easier to ascertain whether authorities were investigating those identified as ‘most responsible’, rather than low-level offenders. This may also have assisted the ICC Prosecutor’s preliminary examination into Guinea. In 2013, the Prosecutor reported that several individuals identified by the Commission had been indicted, indicating Guinea’s genuine intention to bring those responsible to justice [para. 193].

Yet public naming may also have detrimental consequences, first and foremost for those named. The UN Updated Principles to Combat Impunity recognise that such individuals have a right of reply. In addition, prosecutions may not be perceived as truly independent if indictments are limited to individuals identified by other agencies. While in many cases an inquiry report may be the only available authoritative record of victims’ experiences, if a commission positions itself within a rule of law framework, it should not try to replace formal justice mechanisms. On a practical level, commissions’ budgetary and time constraints would usually make such an endeavour impossible. Nor can commissions provide comprehensive measures to protect witnesses and victims from retaliation. Most commissions have sought to mitigate these concerns by confidentially identifying suspects (e.g. Darfur Commission Report, para. 526). In general, public naming should remain an exceptional measure.

Named individuals might experience consequences beyond criminal justice when their identities are confidentially shared with UN agencies and domestic civil authorities. Such information might be considered when screening applicants for UN employment, forming sanctions lists, assessing asylum applications or undertaking vetting processes. Individualised accountability is thus broader than the criminal law framework. Where an individual does not have an opportunity to challenge allegations, however, procedures which involve a loss of rights may give rise to concerns of procedural fairness. If a commission intends to confidentially share individuals’ identities, it might be good practice to provide a reasonable opportunity for suspects to respond to allegations to allay these concerns.

These consequences invite consideration of whether commissions are suitably placed to undertake fact-finding akin to criminal investigations. As noted above, international crimes are not simply ‘individualised’ expressions of human rights violations, but rather have distinct elements. While in some cases mens rea might be easily inferred, in others it may be a live issue requiring in-depth investigation. Consideration of different modes of liability would add further complexity. It should not be assumed that human rights expertise can always be transposed to the realm of criminal law, not least because different bedrock principles – such as the presumption of innocence – can alter the approach to assessing facts. In particular, dealing with insider witnesses requires specialised expertise and a cautious approach. Moreover, identifying individuals can consume significant resources that might otherwise be spent mapping patterns of violations and establishing structural information relevant to the responsibilities of collective actors. In light of these challenges, it is worth considering alternative approaches that might support accountability efforts while capitalising on the strengths of the institution of inquiry.

Some proposals for the way forward

Commissions may take different approaches to support individualised accountability initiatives. First, staying at the level of collective actors, commissions may identify structures implicated in human rights violations, placing on notice all those in positions of authority within them. For instance, the North Korea Commission named specific state institutions as “implicated in human rights violations and crimes against humanity”, acting “under the effective control of the leadership of the Workers’ Party of Korea, the National Defence Commission and the Supreme Leader of the [DPRK]” [para. 1193].

Secondly, without directly invoking terms of art from criminal law, commissions could implicate individuals by making findings regarding their factual involvement in violations or by linking them through their organisational responsibilities or forms of control, such as due diligence standards or duties to prevent violations. This could include a range of obligations beyond criminal law, and place individuals on notice of their responsibility to act to prevent and suppress violations, which may have some deterrence value. Linked to this, commissions could directly put those in leadership positions on notice by informing them in writing of their findings. This step was undertaken by the Eritrea Commission, which wrote to the President and other senior officials and published the letters in its Report. Such documentation might be tendered as evidence of officials’ inaction in the knowledge of continuing violations.

Thirdly, if commissions wish to apply the framework of international criminal law but cannot devote resources to making full findings of crimes connected to specific individuals, they may consider adopting an approach similar to that of the ICC Pre-Trial Chamber when authorising investigations. Pursuant to Article. 53(1)(a) of the Rome Statute, the Chamber must consider whether there is “a reasonable basis to believe that a crime within the jurisdiction of the Court has been or is being committed”. When authorizing an investigation into the situation in Kenya, the Chamber decided that in light of the stage of the proceedings, and as there was no suspect before it, it was impossible to address the mens rea of the contextual elements of crimes against humanity and underlying acts, and rather focussed on the actus reus [paras. 79 and 140]. In the inquiry context, such an approach may avoid difficulties of assessing mens rea in the absence of known suspects, while remaining faithful to an ICL framework.

Finally, the merits of a strongly individualised approach in the inquiry context may be questioned more fundamentally. The turn to individualisation stands in a certain tension to the collective nature of violence that characterizes many types of abuses. Individualization may oversimplify, focussing attention on individual actors and violations classified as international crimes. Elucidating organizational structures and contextual elements may be more useful, especially where a situation is highly complex. An over-emphasis on individual accountability responses could detract from broader accountability efforts by not responding to structural dimensions of mass atrocity. Removing a few visible individuals may not dismantle a sophisticated criminal apparatus. Ultimately, the identification of individual suspects should not come at the cost of the commission’s ability to identify patterns of violations, which demonstrate the extent and gravity of harms and can prima facie implicate individuals within impugned structures. In short, individual identification should not be a straitjacket for; commissions’ accountability efforts.