The Sixth Transatlantic Workshop on International Law and Armed Conflict: Introduction to a Joint Blog Series

The Sixth Transatlantic Workshop on International Law and Armed Conflict: Introduction to a Joint Blog Series

Over the coming weeks, three blogs -the ICRC Humanitarian Law & Policy Blog, EJIL Talk! and Lawfare–  will host a joint blog symposium on International Law and Armed Conflict. The series will feature posts by some of the participants at the Sixth Annual Transatlantic Workshop on International Law and Armed Conflict, which was held at the European University Institute in Florence in July.
As in previous years, the workshop brought together a group of academic, military, and governmental experts from both sides of the Atlantic.  This summer the experts focused on key international law questions relating to military operations in urban warfare, looking at recent conflicts involving some of the most significant battles in, and sieges of, cities since the second world war.
The two-day roundtable, held under the Chatham House Rule, was co-sponsored by the Oxford Institute for Ethics, Law and Armed Conflict (co-directed by Dapo Akande), the Individualisation of War project, European University Institute, Florence (directed by Jennifer Welsh), the Washington DC & London delegations of the International Committee of the Red Cross, The Robert Strauss Center at the University of Texas (directed by Bobby Chesney) and South Texas College of Law(Geoff Corn).
Some of those who attended the workshop have agreed to participate in a series of blog posts focusing on specific topics that were addressed during the workshop. Each blog post represents the different authors’ perspectives, and not necessarily those of anyone else at the workshop, nor any of the institutions represented.
The first post in the series – Precautionary Measures in Urban Warfare: A Commander’s Obligation to Obtain Information- by Jonathan Horowitz (Senior Legal Officer for the Open Society Justice Initiative) is now available on the Humanitarian Law & Policy Blog. In his concluding paragraph he argues that: 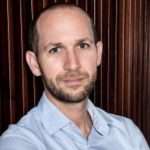 urban settings, experts have called on militaries to improve how they engage and defeat their enemies. Alongside this shift, an equal emphasis and innovative thinking needs to promote the ability of commanders to gather and analyse large amounts of information about civilian populations and the cities they live in. This is both a military imperative and a vital part of a military’s constant care and precautionary measures obligations under IHL. Some militaries are doing this better than others, and it is impossible to expect a commander to have access to the infinite amount of data that a city contains. There remains considerable room, however, for improving the ways warring parties prepare themselves to spare civilians the harms of war in urban environment where information is constantly in flux and, on top of that, where a high operational tempo means that commanders may often find it difficult to overcome information gaps that emerge during the heat of battle.”

« Reforming the World in Our Own...
Announcements: CfP EJIL; CfP D... »
Comments Off on The Sixth Transatlantic Workshop on International Law and Armed Conflict: Introduction to a Joint Blog Series