Jodie Adams Kirshner is the University Lecturer in Corporate Law at the University of Cambridge and a fellow of Peterhouse College, Cambridge. Her research concerns cross-border and comparative issues in corporate law. She contributed to an amicus brief to the U.S. Supreme Court in Kiobel in support of petitioners. 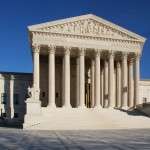 The decision of the U.S. Supreme Court (photo credit) in Kiobel v. Royal Dutch Petroleum has generated concerns that a governance gap will emerge for corporations that commit human rights violations abroad. As American courts become less open to extraterritorial claims, however, recognition of the global context gains importance. The current climate presents opportunities for other judicial systems to step forward. Kiobel gives the European Court of Human Rights the occasion to interpret the European Convention on Human Rights to require the right to an extraterritorial forum and counterbalance the shift that has occurred in the United States.

Article 6 of the European Convention on Human Rights offers a potential pathway to jurisdiction over extraterritorial corporate human rights claims. The European Court of Human Rights (ECHR) has already interpreted Article 6 of the Convention broadly, and some national courts that are signatories to the Convention have suggested that the article could support extraterritorial jurisdiction. Article 6 guarantees the right to a fair trial. Subsection 1 states, “In the determination of his civil rights and obligations or of any criminal charge against him, everyone is entitled to a fair and public hearing within a reasonable time by an independent and impartial tribunal established by law. . . .”

The ECHR (photo credit), furthermore, has held that, though the text does not expressly include one, the Convention encompasses a right of access to court. 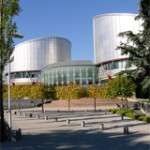 In Golder v. UK, 18 Eur. Ct. H.R. (ser. A) (1975), the Court found that Article 6 “secures to everyone the right to have any claim related to his civil rights and obligations brought before a court or tribunal.” It would therefore, the Court stated, be impossible for Article 6 “to

describe in detail the procedural guarantees afforded to parties in a pending lawsuit and [so it] should first protect that which alone makes it in fact possible to benefit from such guarantees, that is access to court.”

In Lubbe v. Cape, (2000) 1 W.L.R. 1545 (H.L.) (U.K.), the British House of Lords indicated that Article 6 might oblige signatories to the Convention to ensure access to their courts by foreign claimants. The case concerned the extraterritorial human rights claims of more than 3,000 South Africans that the actions of a subsidiary of the Cape mining company had exposed them to asbestos. Jurisdiction in the UK seemed to depend on whether Article 6 could facilitate it. The plaintiffs contended that a ruling that the case could only be brought in a South

African court amounted to a violation of their right to a fair trial. “Because of the lack of funding and legal representation in South Africa,” they stated in court submissions, denying the English forum would be to “den[y them of] … a fair trial on terms of litigious equality with the defendant.” The House of Lords ultimately found jurisdiction on other grounds, without resolving the questions related to Article 6.

Since Lubbe v. Cape, the ECHR has itself suggested that Article 6 might apply to extraterritorial cases. In Markovic v. Italy, App. No. 1398/03, 44 Eur. H.R. Rep. 1045 (2007) (Eur. Ct. H.R.), a case reviewing the refusal of Italian courts to assume jurisdiction over the claims of victims of NATO bombings in Yugoslavia that Italy owed them damages, the Court stated that if the law of the place where the harm occurred offers a right to bring a claim, then Article 6 applies, and any case may be brought instead in the court of another member state to the Convention.

A human rights claim against a foreign corporation would appear to meet the threshold requirements set out in Markovic if the plaintiffs could show that the legal system where the harm took place hampers their access to justice, for example through complicated procedural requirements, high costs, or the unavailability of representation. If the ECHR were to hand down an explicit ruling, then the courts of the member states would have a mandate to hear extraterritorial human rights claims against most foreign companies.

Several member states independently have used Article 6 as a foundation for extraterritorial jurisdiction. Many European legal systems subscribe to the doctrine of forum necessitatis, a ground for reviewing claims that cannot be initiated anywhere else, in order to prevent the denial of justice. Belgium and The Netherlands have provided for jurisdiction over non-European defendants on the basis of the doctrine, stating explicitly that they have done so to comply with the requirements of Article 6. French courts, too, have cited the article as the rationale for exceptional jurisdiction, where no other court could offer a forum, in a dispute between an Iranian company and the state of Israel, as well as in an employment claim against an international organization. (Cour de cassation, 1ère chambre civile, arrêt n°404, 1st February 2005, NIOC c. Etat d’Israël; Cour de cassation, chambre sociale, 25 January 2005, Banque africaine de Développement.)

Facilitating such jurisdiction explicitly would be only a small step for the ECHR but would mitigate the broader consequences of Kiobel. The Convention on Human Rights offers a promising alternative avenue for judicial redress of corporate human rights abuses. Rather than struggling to fit extraterritorial claims into the possible openings Kiobel has left, the moment has arrived to agitate for an explicit interpretation of Article 6. Even if egregious cases may still achieve favorable outcomes under the Alien Tort Statute in American courts, litigation there would risk the piecemeal development of inconsistent law. If the courts of the signatories to the Convention could instead find jurisdiction over corporate human rights claims, and if international human rights norms could grow more established within European legal systems, then they might eventually achieve sufficient momentum to pave the way for renewed recognition in the United States.

Jodie Adams Kirshner is the University Lecturer in Corporate Law at the University of Cambridge and a fellow of Peterhouse College, Cambridge. Her research concerns cross-border and comparative issues in corporate law. She contributed to an amicus brief to the U.S. Supreme Court in Kiobel in support of petitioners. Read Full
More posts by the Author »
EJIL: Live!