The Right to Regulate for Public Morals Upheld (Somewhat): The WTO Panel Report in EC-Seal Products

The Right to Regulate for Public Morals Upheld (Somewhat): The WTO Panel Report in EC-Seal Products 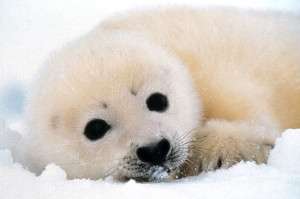 There have been few interpretations of Article XX(a) of the General Agreement on Tariffs and Trade (GATT 1994) – the  specific exception that justifies what would ordinarily be a State’s GATT-inconsistent measure, unless such measure is deemed “necessary to protect public morals”.  As with any of the ten enumerated exceptions under Article XX of GATT 1994, a State invoking GATT Article XX(a) must first meet the requirements of the specific exception (e.g. demonstrating that the challenged measure is indeed “necessary to protect public morals”), and thereafter show that the challenged measure also complies with the overall requirements of ‘good faith’ (Brazil – Measures Affecting Imports of Retreaded Tyres, Appellate Body Report of 3 December 2007, at para. 215) as contained in the chapeau to Article XX (e.g. demonstrating that the challenged measure is not being applied in a manner which would constitute a means of arbitrary or unjustifiable discrimination between countries where the same conditions prevail, or a disguised restriction on international trade).  The 25 November 2013 Panel Report in European Communities – Measures Prohibiting the Importation and Marketing of Seal Products [hereafter, “EC-Seal Products“] issued the very first decision upholding a State’s right to regulate for public morals as an exception under Article XX(a) of GATT 1994, in relation to ongoing trade arising from seal hunting (pictured above left,) and seal products.

EC-Seal Products involved challenges brought by Canada and Norway against several regulations comprising the “EU Seal Regime”, involving “products, either processed or unprocessed, deriving or obtained from seals, including meat, oil, blubber, organs, raw fur skins and tanned fur skins, as well as articles made from fur skins and oil.” (EC – Seal Products, para. 2.6.)  Canada and Norway alleged that the European Union had committed various violations of the Technical Barriers to Trade (TBT) Agreement, GATT 1994, as well as the Agreement on Agriculture.  As described by the EC-Seal Products Panel, the EU Seal Regime:

“prohibits all seal products, whether they are made exclusively of seal or contain seal as an input.  The Regime makes an exception with regard to the import and/or placing on the market of seal products in three situations, namely when they result from IC hunts [Inuit Community hunting practices, hereafter, ], MRM hunts [marine resource management hunts], or in the case of Travellers imports [products brought by EU citizens for personal use].” (para. 7.105) (Italics added.)

The EC-Seal Products Panel first approached the concept of “public morals” in regard to the characterization of the EU Seal Regime as a “technical regulation” alleged to have breached nondiscrimination obligations under Articles 2.1 and 2.2 of the TBT Agreement.  The Panel agreed with the US-Gambling definition of “public morals” restated in China – Publications and Audiovisual Products, adding that WTO Members are “afforded a certain degree of discretion in defining the scope of ‘public morals’ with respect to various values prevailing in their societies at a given time.” (EC – Seal Products, para. 7.381)  According to the Panel, two issues are implicated in resolving the question of whether a measure truly aims to address public morals relating to a particular concern for the State issuing the challenged regulations or measures:

“…first, whether the concern in question indeed exists in that society; and second, whether such concern falls within the scope of ‘public morals’ as ‘defined and applied’ by a regulating Member ‘in its territory, according to its own systems and scales of values’.” (EC- Seal Products, para. 7.383. Italics applied.)

The Panel then scrutinized evidence to determine the existence of the EU public’s concerns as to “seal welfare and/or any other concerns or issues that the European Union seeks to address”, as well as the “connection between such concerns…and the ‘public morals’ (i.e. standards of right or wrong) as defined and applied within the European Union.” (EC- Seal Products, para. 7.384).  After examining the text and legislative history of the EU Seal Regime, and other evidence, the Panel held:

“…we conclude that the objective of the EU Seal Regime is to address the moral concerns of the EU public with regard to the welfare of seals.  Specifically:  a) the incidence of inhumane killing of seals; and b) EU citizens’ ‘individual and collective participation as consumers in, and exposure to (‘abetting’) the economic activity which sustains the market for seal products derived from inhumane hunts…the ban under the EU Seal Regime is capable of making a contribution to preventing the EU public from being exposed on the EU market to products that may have been derived from seals killed inhumanely in Canadian or Norwegian products….[however with regard to the exceptions for ] while the measure prohibits certain seal products on the EU market based on their link to the potential incidence of inhumane killing of seals, the measure allows commercial activities within the European Union, which is directly connected to the processing of the same products.  This incoherency, in the measure, in our view, further reduces the contribution of the measure to the reduction of the global demand for seal products derived from inhumane killing…the EU Seal Regime undermines its intended objective of addressing the EU public concerns on seal welfare….We conclude that the EU Seal Regime is not more trade restrictive than necessary within the meaning of Article 2.2 of the TBT Agreement” (EC – Seal Products, paras. 7.410, 7.448, 7.455, and 7.505) (Italics added.)

Following its analysis of alleged violations of the TBT Agreement, the EC-Seal Products Panel then proceeded to find that the EU Seal Regime – specifically the exceptions in favor of seals and seal products derived from “IC hunts” (Inuit Community hunts) and “MRM hunts” (marine resource management hunts) – were indeed inconsistent with non-discrimination obligations under Articles I:1 and III:4 of GATT 1994.  However, the Panel ultimately found that such GATT-inconsistent measures under the EU Seal Regime could be justified under the “public morals” exception in GATT Article XX(a).  In reaching this conclusion, the Panel drew heavily upon its analysis of “public morals” in relation to characterizing the EU Seal Regime as a “technical regulation” within the purview of the TBT Agreement.  According to the Panel:

The Panel then adopted much of its analysis under Article 2.2 of the TBT Agreement to conclude that the ban aspect of the EU Seal Regime “makes a material contribution to the objective of the measure” (para. 7.637).  However, while the Panel acknowledged its previous analysis that the IC and MRM exceptions to the ban in the EU Seal Regime severely undermined the objectives of the Regime, ultimately the Panel adjudged that this still did not detract from the overall necessity of the EU Seal Regime for the protection of public morals in the European Union:

“…the degree of the contribution made by the ban is diminished by both the explicit and implicit exceptions under the measure.  Specifically, with respect to the IC and MRM exceptions, we considered that the exceptions, combined with the absence of any mechanism under the measure to inform consumers of the presence of seal products on the EU market, reduced the effectiveness of the ban under the measure by allowing seal products access to the EU market.  Further, the implicit exceptions provided under the measure through certain commercial activities such as transit and inward processing for export were also found to undermine the measure’s fulfillment of the objective.  Overall, with respect to the EU Seal Regime as a whole, however, we found that it contributed to a certain extent to its objective of addressing the EU public moral concerns on seal welfare.

There are many points of interest from the EC- Seal Products Panel Report, including its significance as an international decision involving competing claims of compliance with trade rules and the asserted environmental, cultural, and public morals justifications for the modified quantitative restrictions built into the EU Seal Regime.  From an interpretive standpoint, it was also unique for the Panel to wholly transpose its analysis of “public morals” in relation to Article 2.2 of the TBT Agreement for purposes of interpreting “public morals” under Article XX(a) of GATT 1994.  From a methodological standpoint, it was somewhat contradictory to have the Panel’s explicit findings that the EU Seal Regime exceptions severely undermined the “public morals” objectives of the Regime, be subsequently found insufficient to detract from the overall necessity of the EU Seal Regime to protect “public morals” within the EU as they relate to animal welfare.  At best, this seemed to be an instance where the qualified or modified ban on seal products in the EU were deemed to affirm “public morals”, but the exceptions for seal hunting by the Inuit Communities, seal hunting for marine resource management, and exceptions for travelers bringing in such products for personal use were, even if contrary to ‘public morals’, could be counterbalanced by the “public morals” effect of the EU Seal Regime as a whole.  It would have been empirically more rigorous – and certainly made a feasibly stronger case under GATT Article XX(a) – if the Panel had managed to juxtapose the concrete effects of the ban aspect of the EU Seal Regime on the actual levels of importation and/or exportation of seal products, as having distinctly outweighed the impact on such importation and exportation levels arising from the incidence or frequency of exceptions-based trade in seal products.