The Legal Protection of Mass Graves

The Legal Protection of Mass Graves

Mass graves have been found all around the world, in Uganda, Burundi, The Philippines, Nepal and India. Yet, there is no definition of the term ‘mass grave’ in international law. Our common understanding is derived from pictures of history and news reports according to which ‘mass grave’ describes a site containing a multitude of human remains; a site of harrowing human loss, suffering and unimaginable acts of cruelty.

An Associated Press study published on 30 August 2016 revealed that 72 mass graves have been located in Iraq and Syria as a result of the occupation of the Islamic State. The estimated number of bodies inside them, based on both excavation findings as well as memories of witnesses and survivors, ranges from 5200 to a staggering 15000. The majority of these mass graves were located in Iraq, most in territory too dangerous to excavate. In Syria, once certain areas are secure enough to enter, more previously unreported sites may be identified.

A week after the Associated Press publication, the Group of the Progressive Alliance of Socialists & Democrats began to advocate for European support to preserve mass graves in Iraq and Syria. Despite this, the response of the international community has been as scarce as academic reflections on the topic.

The protection of mass grave sites and their content is paramount since they provide invaluable information for both the prosecution of perpetrators of international crimes, and the realisation of the right to truth, effective remedies and reparation for families of the deceased. In the following, we draw attention to the lack of legal protection, and the dire need for legal regulation and its effective implementation with respect to the treatment and maintenance of mass grave sites.

The Need to Preserve Criminal Evidence Mass grave protection is required to facilitate evidence collection for criminal investigations and prosecutions, which in turn aim to achieve retributive justice (as well as presenting a first step in assisting societies and individuals in the truth finding process). Evidence from mass graves has been successfully presented in numerous international criminal trials, most recently in Mladić and Karadžić.

Under Article 7 of the Rome Statute, enforced disappearance and extrajudicial killings which may lead to the existence of mass graves, are unlawful and, when perpetrated as part of a widespread or systematic attack directed against civilians, may constitute a crime against humanity. Similarly, intentionally directing attacks at a civilian population or willful killing within an armed conflict may constitute a war crime under Article 8. In addition, and consistent with most religious and cultural practices, customary international humanitarian law prohibits the despoliation and mutilation of the dead; under Art 8(2)(b)xxi and 8(2)(c)(ii) of the Rome Statute ‘outrages against personal dignity, in particular humiliating and degrading treatment’ are war crimes that can have adverse effects on investigation and identification efforts. Building on these legal provisions, Fournet and Siller argue that ‘indecent disposal of corpses’ may amount to an international crime in itself.

However, mass graves have often been subject to contamination and disturbances. In January 2016, Human Rights Watch reported on mass graves being disturbed around Mount Sinjar in Northern Iraq. There is a danger that such disturbances will compromise the evidential value of the sites and their content for the purposes of future investigations into what might well constitute genocide against the Yazidi people. This is particularly relevant in light of Yazda’s presentation of a report on the topic before the International Criminal Court pushing for the opening of a preliminary investigation.

The Need to Support Families, their Rights to Truth, Remedy and Reparations

In the aftermath of conflict and gross human rights violations, an overwhelming need of the families is to know the truth about the fate of their loved ones, and to receive their human remains in order to facilitate burial and commemoration rituals. Investigating mass graves, it has been argued, may also contribute to ensuring transparency, and ending impunity. In order for the families of the deceased to have their rights to truth, remedies and reparation realised, an effective legal regime for the maintenance of mass graves must be put in place.

Under this provision, the state is obliged to develop ways to fulfill the rights of individuals seeking information on the reasons and circumstances of the violations suffered. Positive and affirmative action is required to undertake continued and systematic efforts to investigate abuses, gather evidence to establish what happened and why, identify those responsible, directly and indirectly, and pinpoint patterns of abuse.

The Need for Domestic Legal Regulation 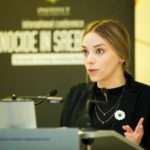 The task for countries to deal with mass graves as part of the legacy of violence and human rights abuses is immense. In 2006, Iraq enacted a law solely dedicated to the protection of mass graves. Countless mass graves discovered in Iraq from the Saddam regime as well as the Islamic State remain unprotected. This lack of action has resulted in criticism from the UN, calling on the Iraqi government to ensure the protection of mass graves and on the international community to assist in the protection and excavation processes. The International Commission of Missing Persons (ICMP), which has been active in Iraq since 2003, began on 21 March 2016 to install fences around known mass grave sites.

Recent calls by the UN Committee on Enforced Disappearances urging Bosnia to improve legislation with regards to enforced disappearance, better resource efforts to find missing persons, and speed up criminal prosecutions, emphasise how almost two decades after the conflict states are still confronted with challenges in relation to mass graves. Bosnia is certainly not alone in this. In other cases, efforts dedicated to finding and identifying the missing are being utilised as a key tool for dialogue between previously conflicting states.

Both the ICMP and Physicians for Human Rights (PHR) have been involved in assisting Libya with the location, recovery and identification of missing persons. Some of PHR’s observations are alarming suggesting that the Libyan efforts fall significantly short of international norms and standards. The observations point to, insufficient provisions allocated for serious investigations, unsatisfactory family and stakeholder consultation, and discrimination towards families of the missing with families of martyrs receiving favourable treatment. There is a clear difference between the general provisions contained in different international legal materials and their translation into meaningful domestic law and implementation.

Why are Protective Legal Measures Important?

There are a number of reasons why protective legal guidelines are highly desirable. Firstly, such guidelines would ensure that criminal justice and humanitarian efforts go hand in hand. The guidelines could work towards ensuring that victims’ rights to truth, remedy and reparation are safeguarded during criminal justice excavation, since for the latter, full identification of human remains may not be necessary. Conversely, the tampering of criminal evidence during humanitarian focused excavations could be prevented by clarifying evidentiary and scientific standards.

Secondly, it could bring together different areas of law (international humanitarian, international human rights and international criminal law) on the dead and missing persons in an attempt to clarify obligations. This in turn would thirdly, provide state actors, armed groups, occupying forces, civil society and specialist agencies with clear guidance on how mass graves are to be protected and treated with regard to discovery, reporting, protection, excavation, medico-legal investigation, psycho-social family liaison, identification and repatriation of remains, and potential prosecutions based on the evidence contained therein.

Finally, we believe that devising such guidelines would also act as the first step towards dealing with the wider issue of missing persons and the obligation of states in this regard. This includes the undignified treatment of refugees and asylum seekers who die on their journey to safety as a result of non-responsive or mismanaged global refugee and migration policy. The International Organization for Migration recently confirmed that the number of deaths in the Mediterranean has increased. While the Working Group on Enforced and Involuntary Disappearances recognises refugees and asylum seekers as new victims of the crime of enforced disappearance, and a recent study has started to draw out the international legal framework on the protection of dead bodies of refugees and asylum seekers, there is still much to be done to ensure that international protection standards for mass graves and other sites containing a multitude of human remains apply regardless of whether the victims have fallen into the hands of state forces, rebel groups, traffickers or vanished en route to a safer place.

« The Trump Presidency and the I...
Announcements: CfP Duties, Rig... »
2 Comments