The fifth post in our joint series hosted by the ICRC Humanitarian Law & Policy Blog, EJIL Talk! and Lawfare, and arising out of the 6th Transatlantic Workshop on International Law and Armed Conflict, ‘Urban Warfare: The Obligations of Defenders’, by Aurel Sari available now over on Lawfare.

Should Rules be More Differentiated? Few rules of the law of armed conflict address the position of 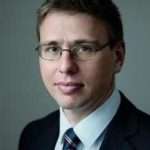 defenders in express terms and even fewer impose specific obligations upon them. But this should not be seen as a gap in the law. The distinction between defenders and attackers does not sit well with the general tenor of the law of armed conflict. In fact, many of its rules, such as the duty to take precautions under Article 57 of Additional Protocol I, are context-dependent and thus perfectly capable of imposing differentiated demands on defenders and attackers in line with their specific circumstances. Although not directly addressed to defenders, Article 58 of Additional Protocol I complements these general rules in the context of urban warfare by imposing an obligation on the parties to take precautionary measures to protect civilians and civilian objects under their control, as well as to avoid locating military objectives within or near densely populated areas.

The precautionary duties imposed by Article 58 are broad. Essentially, they demand whatever action is necessary to protect civilians and civilian objects against the dangers arising from military operations. […]

END_OF_DOCUMENT_TOKEN_TO_BE_REPLACED

Comments Off on Joint Blog Series on International Law and Armed Conflict: Urban Warfare: The Obligations of Defenders