Happy New Year to our readers! We wish you a wonderful 2020 and thank you for reading the blog in 2019. Below is a list of the 20 posts that received the most views in 2019. An interesting observation is that most of these posts relate to developments in international tribunals: the International Court of Justice; the International Criminal Court, the European Court of Human Rights, and also the International Tribunal for the Law of the Sea and the Human Rights Committee. Some of these post focus on specific cases (eg, Chagos and Gambia v Myanmar at the ICJ, Bashir at the ICC, the Burqa Ban cases at the ECtHR/ HRC, Detention of Three Ukranian Naval Vessels at ITLOS), while others focus on broader institutional issues at these courts. The list highlights the attention that was given to the brilliant series of posts by our Contributing Editor, Douglas Guilfoyle, on the problems faced by the ICC, with no less than three of those posts making the top 20 most read posts. From several conversations with key court watchers and officials, I had the sense that those posts were highly influential in crystallising the sense that something needs to be done about what seemed to be impending crisis of confidence with regard to the Court. Google Analytics confirms that the breadth of influence in terms of numbers of readers.

We would like to thank all those who contributed posts in 2019! END_OF_DOCUMENT_TOKEN_TO_BE_REPLACED

The top 10 posts are presented here with the numbers 11 to 20 below the fold.

Many thanks to all of our contributors in 2018, and, to you, our readers

3) Dapo Akande, The International Criminal Court Gets Jurisdiction Over the Crime of Aggression, (Dec. 2017)

7) Dapo Akande, Ecuador Seeks to Confer Diplomatic Status on Julian Assange: Does this Oblige the UK to Allow Him to Leave the Embassy & Is the Matter Headed to the ICJ?, (Jan. 2018)

8) Monica Hakimi, The Attack on Syria and the Contemporary Jus ad Bellum, (April 2018)

As 2017 comes to an end we would like to thank our readers for coming back to us time and again over the course of the year. This year we have had more readers than in any previous year and more page views. 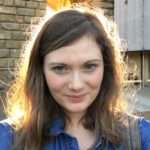 I would like to welcome Gail Lythgoe to our editorial team. Gail joins us as Associate Editor with particular responsibility for managing our social media presence. She is currently a PhD Candidate at the University of Glasgow and Managing Editor of Oxford International Organizations. Hopefully, readers have already noticed a difference in our activity on Twitter and Facebook.

To conclude 2017, I set out below our 20 most read posts of the year.  We strive to cover a very wide range of international law issues on this blog, but of course it is up to readers to decide on which issues resonate more with them at particular moments. As is often the case, many of those most read pieces are those which offer timely (and may I add insightful) commentary on the big issues of the day raising questions of international law. The US missile strikes in Syria in April, Catalonia’s bid for independence and some of the issues relating to Brexit are leading examples  this year. However, the list of most read pieces this year include, one by Douglas Guilfoyle and another by Marko from several years ago. Those two pieces feature as the most read post and the third most read post since the blog was established 9 years ago (with this piece being the second most read post).

Two other remarkable pieces in our top 20 for 2017 are the speeches by the UK Attorney General and another by the Australian Attorney-General setting out the understanding of those states on the law relating to self-defence and in particular, their views on issues relating to self defence in anticipation of armed attacks. We are grateful to the Attorneys General for choosing EJIL:Talk! as a forum for dissemination of the official position of their governments.

19) Dapo Akande, The ICC Assembly of States Parties Prepares to Activate the ICC’s Jurisdiction over the Crime of Aggression: But Who Will be Covered by that Jurisdiction? (June 2017)

16) Monica Hakimi, US Strikes against Syria and the Implications for the Jus ad Bellum (April 2017)

13) Senator George Brandis QC (Attorney-General of Australia),  The Right of Self-Defence Against Imminent Armed Attack In International Law, (May 2017)

Comments Off on Our Most Read Posts of 2017