Editor’s Note: This post is part of the joint series of posts hosted by the ICRC Humanitarian Law & Policy Blog, EJIL Talk! and Lawfare, and arising out of the 6th Transatlantic Workshop on International Law and Armed Conflict held at the European University Institute in Florence in July.

Conflict in urban or populated areas poses an enormous danger to civilians and to the civilian infrastructure that sustains the civilian population. The law of armed conflict (LOAC) requires that parties to a conflict take constant care ‘to spare the civilian population, civilians and civilian objects.’ During the conduct of hostilities, the principles of distinction, proportionality and precautions mandate rules for the identification of targets, minimization of incidental harm to civilians, and precautionary measures to avoid or minimize harm to civilians.

How to implement these principles and obligations is, of course, a significant challenge—but the questions of how to mitigate civilian risk and harm while carrying out the military mission go beyond the conduct of hostilities and are equally challenging and important. Our discussions at the Transatlantic Workshop highlighted and probed one particular set of concerns—how to balance different legal norms and operational considerations regarding evacuation and the corresponding prohibition of forced displacement, and sieges and the corresponding prohibition of starvation as a method of warfare.

Is evacuation of civilians an option? In what circumstances?

Imagine a military wants to evacuate civilians from an area—either within its own territory or in another State’s territory where the hostilities are expected or ongoing. The motivation is both humanitarian and based on military considerations: removing civilians from the area of hostilities protects them from harm and also frustrates the enemy’s attempts to use them as human shields or otherwise endanger them for tactical or strategic purposes. END_OF_DOCUMENT_TOKEN_TO_BE_REPLACED

Comments Off on Joint Blog Series: Sieges, Evacuations and Urban Warfare: Thoughts from the Transatlantic Workshop on International Law and Armed Conflict

Editor’s Note: This post is part of the joint series of posts hosted by EJIL:Talk!, Lawfare and Intercross (blog of the International Committee of the Red Cross) and arising out of the 3rd Transatlantic Workshop on International Law and Armed Conflict held in Oxford this summer.

It is well known that in an order such as international law where there is no universal, compulsory judicial system, domestic courts play an important role not only in enforcement, but also in interpretation and development of particular international legal rules. This is especially the case in international humanitarian law (IHL), an area that constantly faces existential critique for its lack of effective enforcement mechanisms. Moreover, it was only in the 1990s with the emergence of modern international criminal justice that many of the specific rules of IHL came to be interpreted and developed since their codification several decades before. Against this background, domestic courts are increasingly called on to apply and interpret IHL.

The purpose of this post is to offer a brief overview of the circumstances that might lead a domestic court to examine IHL, the extent to which such jurisprudence can be considered as contributing to the development of IHL, and some of the problems that arise here.

How does IHL come to arise before domestic courts?

There are a number of situations that might call for a domestic court to draw on IHL during the proceedings. In such cases, the court will either apply IHL directly (e.g. where a domestic law or government policy is being judicially reviewed for compliance with the international obligations of the State) or indirectly (e.g. where a domestic law or other international obligation of the State is being applied in a situation that requires a renvoi to IHL for content-determination, such as when interpreting a human right in the context of an armed conflict). END_OF_DOCUMENT_TOKEN_TO_BE_REPLACED

As noted earlier this week, EJIL:Talk! together with Lawfare and InterCross are running a joint series over the next few weeks on International Law and Armed Conflict. The latest post in the series, over at Lawfare, is by Joanna Harrington, (Professor of Law at the University of Alberta). She begins her post by noting that: 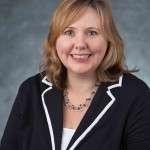 The Question of an Accountability Gap

Often these discussions begin by identifying a perceived accountability gap, drawing attention to the lack of an international adjudicative body to provide authoritative interpretations of the Geneva Conventions and Protocols. Having identified a gap, it is assumed that the gap must be filled. But there are times in international negotiations when gaps serve a purpose, perhaps when efforts to achieve agreement on a particular aspect or mechanism have failed.”

Over the next few weeks, three blog –  Lawfare, InterCross (the blog of the ICRC) and EJIL:Talk! – will host a joint blog symposium on International Law and Armed Conflict. The series will feature posts by some of the participants at the Third Transatlantic Workshop on International Law and Armed Conflict, which was held at the University of Oxford this summer. As with previous years, the Transatlantic Workshop brought together senior government officials, senior military lawyers and leading academics from the United Kingdom, United States, Canada, Israel and Switzerland. The two day workshop focuses each year on a range of critical issues in the law of armed conflict. This summer, there was a particular focus at the workshop on the judicial application of international humanitarian law, with sessions dedicated to the application of the law of armed conflict by human rights tribunals; international criminal tribunals; and by national courts. In addition, the workshop also engaged in discussions on direct participation in hostilities; humanitarian access in armed conflict; and foreign intervention in non-international armed conflicts.

The first post in the series – “Direct Participation in Hostilities- What are the Issues and Where are the Controversies?” – by Marco Sassoli (University of Geneva) is now available on InterCross. In his concluding paragraph he argues that:

” . . . it is this preliminary question whether and in which circumstances someone who is not a combatant may be targeted even while not DPH [taking a direct part in hostilities] that is at the heart of the controversies surrounding the ICRC DPH Guidance, rather than the question of what conduct actually constitutes direct participation. On this latter question the Guidance has suggested a definition. Today several experts and officials criticize some aspects of this definition. Experts representing militaries are however mostly obsessed by – and object to – first, the application, by the ICRC, of the principle of military necessity to the targeting of individuals directly participating in hostilities and second, by what they refer to as the ‘revolving door’ phenomenon. That a civilian regains protection once s/he no longer directly participates, regardless of whether s/he may possibly directly participate in the future, is however, an unavoidable result of the clear wording of Article 51(3) of Protocol I and of Art. 13(3) of Protocol II. If the fact of having directly participated in hostilities once or several times had the effect of turning civilians into combatants or members of armed groups, the crucial criteria relevant to determining whether an individual is a member of an armed group – belonging, responsibility and command – would become irrelevant. From a pragmatic point of view, I wonder how a soldier confronted with a civilian not directly participating can be expected to know that the individual did previously engage in direct participation and/or is likely to do so again. To make such speculations the basis for decisions over life or death is dangerous, including for the great majority of harmless civilians.”