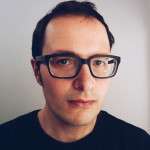 Earlier this month I asked four trivia questions about the International Court of Justice’s (ICJ) practice on provisional measures and joinder of cases. The questions were prompted by the ICJ’s recent Judgment in the joined cases concerning Certain Activities carried out by Nicaragua in the Border Area (Costa Rica v. Nicaragua) and Construction of a Road in Costa Rica along the San Juan River (Nicaragua v. Costa Rica). I also stated that the first person to provide the most correct answers would win a year’s free subscription to the European Journal of International Law prize. Within minutes of my piece being posted, Niccolò Ridi (right, who is doctoral candidate at the Dickson Poon School of Law,  King’s College London and Research Assistant at the Graduate Institute of International and Development Studies in Geneva) had provided comprehensive answers to all four questions. His quickness off the mark hardly gave anybody else a chance! He later added to his answers with subsequent comments, and is very deserving of the prize!

My first question was “1) In what other case has the Court made a finding in the dispositif of a judgment that a party has breached a provisional measures order made by the Court?” Niccolò is absolutely right to note that the use of the singular – ‘case’ – in my formulation is incorrect. The Court has made such a finding in the dispositif of a judgment in a few cases. The first case in which the Court did so was the La Grand case (Germany v the US) 2001. That was the first case in which the Court held that provisional measures orders were legally binding, and it is only since that judgment that the Court has included declarations of non-compliance with provisional measures in the dispositifs of judgments. Massimo Lando and Niccolò are also right that the Request for Interpretation of the Avena Judgment (Mexico v US); the Armed Activities case (DRC v Uganda); and the Bosnia Genocide (Bosnia and Herzegovina v Serbia and Montenegro) case are other cases where the Court has found non-compliance with provisional measures. Indeed, it seems to be the case that, since LaGrand, in the majority of judgments dealing with cases where the Court has ordered provisional measures, it has subsequently made findings of violations of its interim orders. Two cases where the ICJ has not, in that time period since LaGrand, made such findings are the Land and Maritime Boundary (Cameroon v Nigeria) case (2002) and the Request for Interpretation of the Judgment in the Temple of Preah Vihear (Cambodia v. Thailand) case (2013). By my count that makes it 5 cases of findings of non-compliance with 2 cases of no such finding. These are not encouraging statistics regarding compliance with provisional measures!

Which Cases have been Joined?

Question 2 asked “In which proceedings have cases before the International Court been joined?” Niccolò was correct in referring to the South West Africa cases (Liberia & Ethiopia v South Africa) and the North Sea Continental Shelf cases (Federal Republic of Germany/Denmark; Federal Republic of Germany/Netherlands). Those were indeed the two cases where the ICJ has formally joined proceedings (I later realized that I had made a gaffe in my earlier post in referring to this press release as the answer to the question was made plain there).  END_OF_DOCUMENT_TOKEN_TO_BE_REPLACED