Novel practice of the Security Council: Wildlife poaching and trafficking as a threat to the peace 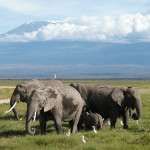 On 12 and 13 February 2014, heads of states will meet at a London summit on the trafficking of endangered species convened by British Prime Minister David Cameron. The background to this initiative is the increasingly acknowledged link between wildlife poachers, traffickers, and armed conflict in some regions of Africa. According to the WWF, over 20,000 elephants are killed each year for their ivory tusks, many of them in central African conflict zones.

In two recent resolutions of January 2014, on the Central African Republic (res. 2134), and on the Democratic Republic of the Congo (res. 2136), the Security Council (SC) authorized targeted sanctions against poachers, wildlife product traffickers, and against persons and entities pulling the strings. The resolutions were primarily designed to target a number of armed rebel groups operating in the eastern region of the Democratic Republic of the Congo and in the Central African Republic. The United Nations (UN) suspects various armed groups, such as the Lord’s Resistance Army, Somalia’s Al-Shabaab Islamist militant group and Sudan’s Janjaweed militia, to use the illegal ivory trade as a source of generating finances or otherwise to benefit from the illegal wildlife trade. With these resolutions, the Council de facto qualified wildlife poaching and trafficking as a threat to the peace. Although this statement is at least implicit in the resolutions, the rationale remains anthropocentric, as will be shown in this post.

Under res. 2134 and 2136 states must adopt sanctions, namely freezing assets and restricting travel, on any individual or entity found to be involved in wildlife trafficking. Practically speaking, the resolutions mean that traffickers must be targeted by officials from different government agencies such as interior and finance ministries, and customs. END_OF_DOCUMENT_TOKEN_TO_BE_REPLACED