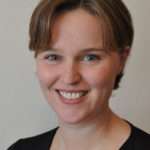 If countries wish to protect legitimate and non-discriminatory public welfare regulation from investor-state claims, what options do they have? This post highlights an innovative feature in the recent China-Australia Free Trade Agreement (ChAFTA) that goes well beyond existing safeguards for protecting the regulatory autonomy of states by providing a mechanism for joint treaty party control. In doing so, ChAFTA evidences a new and controversial step in efforts to recalibrate interpretive authority between arbitral tribunals and the treaty parties acting collectively. 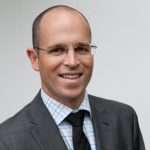 Newer-style investment treaties often seek to protect countries’ regulatory autonomy by reaffirming the importance of public welfare regulation in the preamble; refining and clarifying core investment protections; and sometimes including general exceptions clauses. These approaches are useful but have limits. Preambular provisions are non-binding. Substantive clauses are binding, but states may not wish to allow arbitral tribunals to second-guess the permissibility of sensitive public welfare measures. Even if respondent states ultimately prevail, they are likely to expend considerable resources in time and money in defending claims.

Faced with these concerns, China and Australia broke new ground in ChAFTA by including a mechanism that protects public welfare measures through joint treaty party control. ChAFTA provides that, “Measures of a Party that are non-discriminatory and for the legitimate public welfare objectives of public health, safety, the environment, public morals or public order shall not be the subject of a claim” by an investor (Article 9.11.4). If an investor challenges a regulatory measure, the respondent state is permitted to issue a “public welfare notice” specifying why it believes that the measure falls within this exception. The arbitration proceedings are then suspended and a 90-day consultation period with the other treaty party is triggered (Article 9.11.5-9.11.6).

If the treaty parties agree that the challenged measure fits within the scope of the carve-out, the decision is binding on any investor-state tribunal and any decision or award issued by such a tribunal must be consistent with that decision (Article 9.18.3). END_OF_DOCUMENT_TOKEN_TO_BE_REPLACED