With all the daily going-ons of our new era of resurgent populist nationalism, it’s no wonder that concepts such as ‘post-truth’ and ‘alternative facts’ are so very much en vogue, or that Orwell’s 1984 and other dystopian classics are once more hitting the best-seller lists. But the sad truth is that there’s nothing really new about ‘post-truth’, except that it is today afflicting developed, democratic societies that until now did not experience the phenomenon, or at least did not experience it in full force. 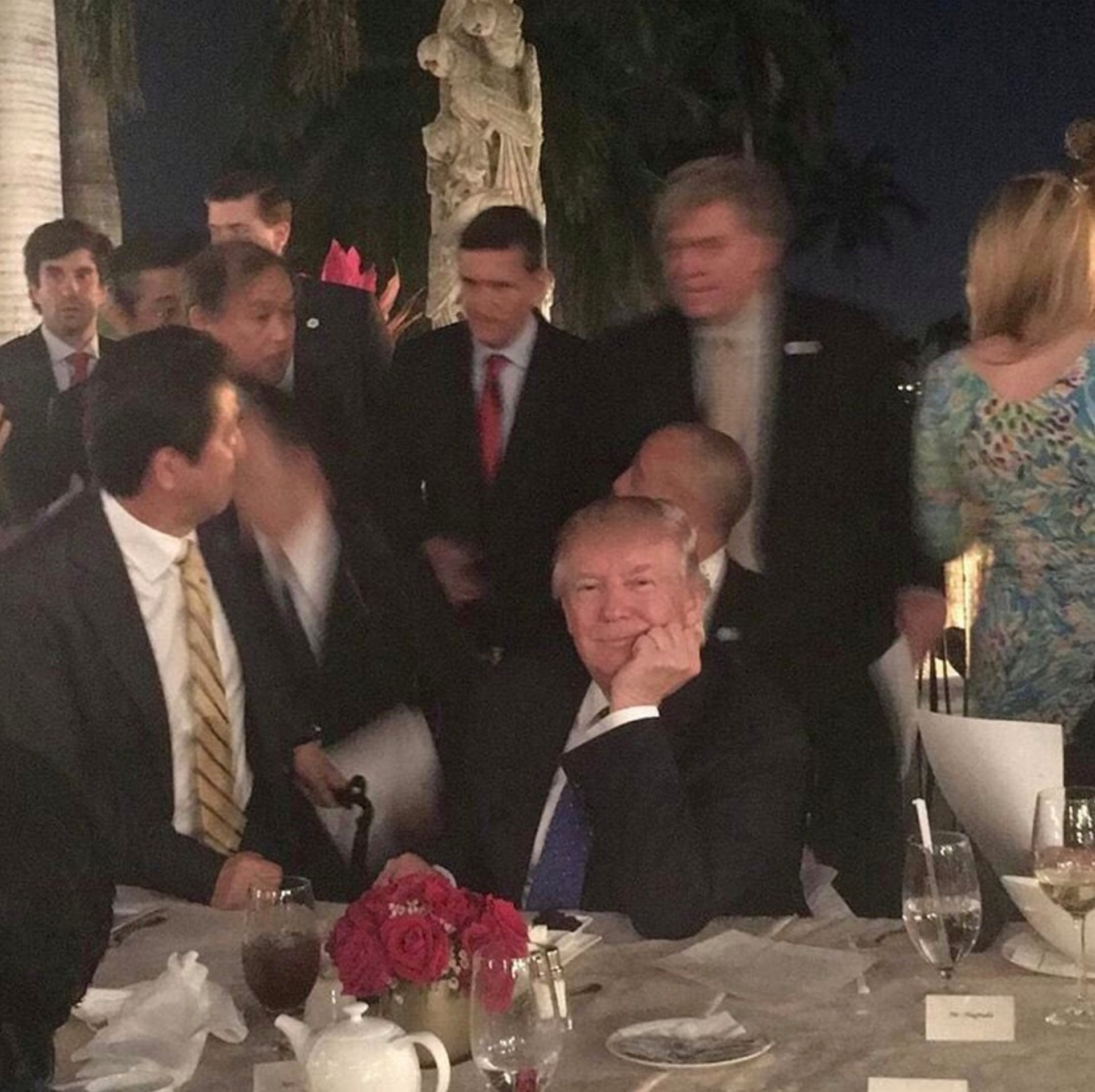 Nor did post-truth start in these societies just out of the blue – it was preceded by decades of democratic de-norming, institutional erosion, increasing polarization and identity politics (think, for example, of how climate change became a point of polarized partisan politics in the US, or of the distorting power and influence of the (mainly right-wing) tabloid press in the UK).

Even in democracies politicians are not a species generally known for its love of the truth. It is no wonder then that in a favourable climate a sub-species of particularly cynical manipulators who are either ready to routinely lie outright or are just simply indifferent to the truth will emerge. Coupled with the natural inclination of the human mind to evaluate evidence in a biased way and to reason about it in a way that confirms pre-existing beliefs and protects one’s sense of identity, in much (most?) of the world post-truth politics are the rule, rather than the exception. Trump may be the most important exponent of the current wave of mendacious populism, but he is hardly avant-garde. For decades now, for example, many of the Balkan states have experienced their own ego-maniacal, soft-authoritarian mini-Trumps, and let’s not even mention all of the Putins, Dutertes and Erdogans out there.

Which brings me to my point. Post-truth and alternative facts have historically been perfectly standard when it comes to inter-group conflicts, especially in societies which are not genuinely pluralist. Pick any random group conflict in the world, and you are likely to find that each group lives and breaths its own particular truth. In our international legal community, many have thought that it is the role of international criminal courts and tribunals to generate the ‘real’ truths that will eventually garner acceptance in societies riven by conflict. Unfortunately, however, there is little evidence that such truth-generating potential is anything but theoretical.

Readers might recall that I have previously written about this topic here on the blog, on the basis of two companion articles. The first, in the AJIL, was based on a series of public opinion surveys in the countries of the former Yugoslavia, and showed that the International Criminal Tribunal for the Former Yugoslavia had no or had only minimal impact in persuading the relevant target populations that the findings in its judgments are true. The second, in the Georgetown JIL, provided a theoretical account of the ICTY’s failure, relying mainly on extensive scholarship in social psychology, and argued that the causes of the ICTY’s ineffectiveness are complex, turning on an interplay between subjective and objective limitations on individuals’ processing of information about war crimes, limitations that are largely independent of the quality of the Tribunal’s own work.

I recently put up on SSRN a third, final piece in this series, which tries to create and test a generalizable hypothesis on the basis of the ICTY’s experience, i.e. it looks at what that experience teaches us about other tribunals. The piece is called Courting Failure: When are International Criminal Courts Likely to Be Believed by Local Audiences?, and is forthcoming in the Oxford Handbook of International Criminal Law; here’s the abstract:

The primary role of international criminal courts and tribunals is to punish those deserving of punishment. But beyond dispensing individualized justice, the question still remains whether such tribunals can also help deeply traumatized and divided societies heal on a more fundamental level. To do that, the factual accounts these tribunals produce – about the guilt of specific individuals for specific crimes, but also about the systemic nature and causes of these crimes – at least at some point need to be accepted by their local audiences. Crimes need to be believed to be remedied.

Some courts, like the International Criminal Tribunal for the Former Yugoslavia, have failed in this broader task. But is every international criminal court or tribunal similarly doomed to fail? Can we at least with some measure of reliability predict when such failure is likely? Drawing on research in social psychology and on a series of opinion polls in the former Yugoslavia, as well as on an analysis of the successes and failures of the Nuremberg, Tokyo, Rwanda, Sierra Leone and Cambodia tribunals, this chapter puts forward such a general predictive theory.

The chapter thus argues that whether an international criminal tribunal and its account of responsibility for committed atrocities will be trusted by local populations depends little on the quality of the tribunal’s work, the fairness of its procedures, or the scope of its outreach programme. It depends mostly on whether the tribunal’s outputs – decisions on whom to prosecute, convict, or acquit – align with what these populations want to hear in their particular context and at that particular time. Psychological mechanisms of identity-protective reasoning can easily lead to the widespread rejection of the relevant tribunal and its factual account. Whether this will in fact happen depends largely on one variable – the reaction of dominant local political, media and intellectual elites. The likelihood and potency of an adverse reaction can, in turn, be predicted by reference to four factors: (1) the degree of continuing group cohesion and polarization; (2) the degree of elite continuity in terms of both personnel and ideology; (3) the degree of authoritarianism in the relevant society; and, most importantly (4) the degree of threat that the work of the tribunal is perceived to pose to the power and influence of these elites.

When I did the research for the piece one episode struck me as particularly illuminating – the reception of the Tokyo Tribunal in Japan. The failure of the Tokyo IMT to make much impact in Japan is, I argue, largely a function of the enormous degree of elite continuity between wartime and post-war Japan. For example, the majority of Class A war criminal suspects were eventually released without ever being tried; one of the most prominent, Nobusuke Kishi, chief industrial official of Japanese-occupied Manchuria and minister in the wartime Tojo government, was Japanese Prime Minister from 1957 to 1960. The current Prime Minister, Shinzo Abe (up there in that hectic photo with a disturbingly cheerful Trump, dealing with the most recent North Korean missile launch), is his grandson. The Liberal-Democratic Party of Japan, led today by Abe and representing a broad spectrum of conservative or right-wing ideology, has since its founding in 1955 been in power in Japan, but for some four years of interruption in the 1990s and 2000s. Indeed, since 1996, 7 of the 10 Japanese prime ministers were sons or grandsons of post-war prime ministers. Elite continuity could hardly be greater. And so, while revisionist discourse is on the radical fringe in modern Germany, it is perfectly mainstream in today’s Japan and appears to be correlated with economic slowdown and malaise (i.e. it provides a useful distraction from otherwise more pressing problems). For example, Prime Minister Abe, more than half of his cabinet, and a third of the Japanese Diet are openly affiliated with Nippon Kaigi, a Shinto right-wing lobbying organization with an explicitly revisionist agenda.

Here comes the really nice bit – for decades now nationalist prime ministers have provoked the ire of neighbouring states by their visits to the Yasukuni Shrine, which honours all Japanese war dead but has become a focal point for reactionaries after the 1978 enshrinement there of the war criminals convicted by the Tokyo IMT. (Notably, the imperial family have avoided all visits to the shrine after 1978). Just outside Yasukuni is a memorial (pictured) to IMT Judge Pal of India, the only judge to vote for acquittal at Tokyo and best known for his gigantic dissenting opinion. Pal has long been proclaimed a hero by Japanese nationalists. Indeed, in a 2007 state visit to India, Prime Minister Abe paid tribute to Judge Pal in a speech before the Indian Parliament, praising his “noble spirit of courage” at the Tokyo trial.

This stele, placed in its context, is of course exactly what ‘post-truth’ looks like. It is post-truth objectified, its physical embodiment. And what can international criminal tribunals do about it? Little or nothing, not in the face of determined local elite opposition. If it is not forcibly imposed from without (which will be exceptionally rare and normally quite partial), real change in these societies and the rejection of ‘alternative facts’ can only come from within. And as we can see from the example of Japan, there is no guarantee that the court-established truth will be accepted, certainly not through the simple passage of time.