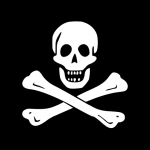 It’s nice when a court agrees with you, or comes to the same conclusion at least. In a previous post on US v Ali (here) a spirited debate broke out in the comments as to whether Article 110(c) of UNCLOS on intentionally facilitating piracy was restricted to the high seas or could apply on dry land. (credit for image, Flag of Edward England)

We now have an appeal decision holding the defendant in US v Ali can be charged with aiding and abetting piracy on the basis of acts committed within Somali territory without this being contrary to international law.

There is a potential wrinkle here, in that the logic appears to be that the US law on aiding and abetting piracy (i.e. as an accessory) can extend to acts ashore as international law allows States criminal jurisdiction over such acts as piracy (i.e., commission of the offence in Art. 110(c) means you have committed piracy as a principal). Thus Art. 110(c) creates a form of piracy per se that US law can only charge as aiding and abetting (a different form of) piracy.

I don’t think anything turns on this. If universal jurisdiction over piracy is permissive, it is up to States to work out how best (or whether) to criminalize the offences under their national law. The point is that national law not exceed the limits of that jurisdiction.

On other points, the reasoning in the decision sets aside most of the historical material commonly relied upon in these debates in favour of a plain words interpretation (an issue I’ve discussed over here).

I doubt this will be the last case on point, so it will be interesting to see what other courts and other jurisdictions make of this.

Filed under: EJIL Analysis, Law of the Sea, Piracy
« The Security Council and the ICC
Event: Symposium on Unilateral... »
5 Comments

Douglas Guilfoyle is Associate Professor of International and Security Law at the School of Humanities and Social Sciences, University of New South Wales Canberra at the Australian Defence Force Academy. He is a 2019-2020 Visiting Legal Fellow with the Australian Department of Foreign Affairs and Trade. He blogs in a personal capacity and his views do not represent those of his employer or any other organisation. Read Full
More posts by the Author »
EJIL: Live!