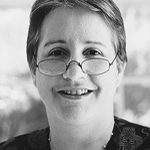 Ruth Wedgwood is Edward B. Burling Professor of International Law and Diplomacy; and Director of the International Law and Organizations Program at the Paul H. Nitze School of Advanced International Studies, John Hopkins University, Washington DC. She is also a  visiting fellow at the Hoover Institution and a member of the UN Human Rights Committee.

If you’re a betting person, here’s a safe bet: On August 9, the balloting in the east African state of Rwanda will give world-famous military leader Paul Kagame yet another seven-year term as president. The astonishing margin of victory will impress even the modern grand viziers of Central Asia. The outcome is quite easy to predict, when no other candidates are allowed to campaign.

Given this and much else besides, it’s time Washington began to create some distance from a man who has earned his reputation as a de facto despot who terrorizes critics and does not shrink from political violence.

Kagame revels in his fame as the strategist who led a Tutsi invasion force from Uganda in 1994, pushing back the Hutu army and Hutu militia, though not before they perpetrated a shocking genocidal slaughter of hundreds of thousands of the country’s Tutsi minority, as well as moderate Hutu. Washington, reeling from Somalia and fearing another Black Hawk Down, refused to intervene. Madeline Albright was directed to inform the U.N. Security Council that, no, we would not reconstitute the U.N. peacekeeping force in Rwanda, and, further, the United States would veto any resolution that authorized other countries to do so. It was the season of peacekeeping misadventures, and the Clinton White House decided, as one former National Security Council official recalls, that it could not afford to intervene both in Haiti and Rwanda. Presidential Decision Directive 25, drafted by Richard Clarke as a white paper for peacekeeping, morphed into an excuse to “just say no.”

For the last 15 years, Kagame has at every turn invoked these memories to shoehorn the West into a nearly reflexive support for his government. Even Bill Clinton came back to apologize. Kagame has become a fixture at the United Nations in New York, regaling delegations in the Indonesian Lounge, extolling his vision of benevolent autocracy, claiming to admire Singapore as his model for economic growth and insisting that he and only he can keep Rwanda’s torn society knitted together.

In truth, the Rwandan leader presides over nothing more than hollow democracy. He has attacked and exiled any and all viable political opponents. The local press, as well as international journalists, have been bludgeoned and harassed. The regime uses the Stalinist crime of “divisionism” as a pretext to silence and prosecute any critic who dares question its policies or the state sanctioned version of the 1994 conflict.

Unsurprisingly, the intimidation extends to international institutions. President Clinton supported the effort to create an international war crimes tribunal to mete out justice for perpetrators and victims alike. The U.N. court was tasked to investigate the behavior of both sides in the 1994 conflict, operating from a neutral perch in Tanzania. Prosecutors decided first to take on the crimes of the prior Hutu government and militia, since the scale of its violence was larger and the cooperation of Kigali was necessary to obtain witnesses from Rwanda. A decade later, with numerous convictions under its belt and dozens of Hutu defendants still on trial, the U.N. tribunal turned to smaller-scale allegations against the Tutsi invasion force, Kagame’s Rwandan Patriotic Front—including alleged massacres of civilians in the northeast and northwest of the country, as well as attacks on mostly Hutu refugee camps.

At this point, the Bush administration decided, unwisely, to pull the plug—repudiating the Hague prosecutor who planned to bring the cases, and insisting that the RPF cases could be entrusted to Kagame’s national courts as part of a “completion strategy.” Needless to say, that was the last of the investigations.

This was unfortunate, and not just for history’s sake. The West’s failure to address Tutsi violations of the laws of war has allowed Kagame to conclude, justifiably, that he can do nearly anything with impunity. He certainly hasn’t been intimidated by the observation of the U.N. Human Rights Committee in May 2009 that it was “concerned at the large number of persons, including women and children, reported to have been killed from 1994 onwards in the course of operations by the Rwanda Patriotic Army, and at the limited number of cases reported to have resulted in prosecution and punishment by the Rwandan courts.”

Nor has there been any penalty for Kagame’s destructive expedition into the Eastern Congo. The cross-border intervention gave the regime access to minerals ripe for extraction and valued in the hundreds of millions of dollars. Millions of civilians have been killed in the Eastern Congo conflict, and while Kagame was not the only culprit, his troops hardly quelled the violence.

At the same time, Kagame’s domestic critics have met with unfortunate fates. An outspoken political rival was recently shot and wounded in South Africa. A prominent newspaper editor was gunned down at the end of June, and the deputy president of the Democratic Green party was decapitated in July. Public meetings of rival parties have been banned. Kagame felt audacious enough to jail and threaten a 10-20 year sentence against an American lawyer and law professor—who hails from former Supreme Court Chief Justice Warren Burger’s alma mater in Minnesota—when he went to Rwanda to consult with one of Kagame’s political rivals.

Other smash-mouth ironies abound in this muzzled state. In 2007, President Kagame offered to contribute 3000 Rwandan troops to the peacekeeping force in Darfur, but only if his former chief of military intelligence, Emmanuel Karenzi Karake, was brought on as deputy U.N. force commander for the entire mission. Though Karake’s earlier career was dogged by unresolved allegations of atrocities against civilians in the northwest and northeast regions of Rwanda, the State Department’s Africa desk reportedly vouched for Karake and he got his appointment. In the middle of the mission, a Spanish court indicted Karake for war crimes, and still, he was reappointed to a second term. (Karake has now apparently broken with Kagame; he was arrested in April on “serious charges of immoral conduct.”)

Even Rwanda’s celebrated “gacaca” process—sending accused genocidaires to be tried and sentenced in local settings, rather than molder without trial in inconceivably overcrowded prisons—has not lived up to its reputation. The U.N. Human Rights Committee recently noted the “lack of legal training for judges and reports of corruption” in the Gacaca courts—along with impairment of “the rights of defence” even “in cases where sentences of up to 30 years’ imprisonment may be handed down.”

In promoting humanitarian and democratic ends abroad, the Obama administration initially got off to a slow start. The ideals of Eleanor Roosevelt took a back seat to the desire to be “not Bush.”

But the record has lately improved. With this new moral realism, the Obama team ought to take a close and critical look at its erstwhile friend in Africa. He is not what he seems.

Filed under: EJIL Analysis, Rwanda
« The Kosovo Opinion
The Genre of Constitutionaliza... »
6 Comments