‘National Minority’ Status for the Cornish – What Took So Long?

‘National Minority’ Status for the Cornish – What Took So Long? 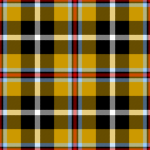 Media reports of the UK government’s recent decision to grant ‘national minority’ status to the Cornish minority have questioned why such status is necessary and how Cornwall differs from other regions of the UK. The Cornish are one of the constituent peoples of the British Isles, similarly to the Welsh and Scottish.  (The Cornish national tartan is pictured left, credit.) However, unlike other Celtic minorities in the UK, the Cornish were not officially recognised as a ‘national minority’, despite attempts to be recognised under the Council of Europe’s Framework Convention for the Protection of National Minorities (FCNM) since 1999 (Opinion on the United Kingdom ACFC/INF/OP/I(2002)006 para 16). In addition to a distinct language, which has been traced back to the Ninth Century, the Cornish also have a unique culture, including folklore and traditional dress, which distinguishes them from the rest of England. It is, thus, not Cornwall that has been granted ‘national minority’ status, but those inhabitants of Cornwall whose culture differs from the rest of the UK on the basis of their association with the Cornish minority. Rather than asking why the Cornish minority requires ‘national minority’ status, the more interesting question is why they weren’t recognised in the first place.

It has long been recognised in international law that ‘the existence of communities is a question of fact; it is not a question of law’ (Greco-Bulgarian Communities Case PCIJ Series B No 17 Advisory Opinion of July 31 1930, 22). Nonetheless, the recent recognition by the UK government of the ‘national minority’ status of the Cornish is a step forward if the identity of this minority group is to be preserved.  Even though States are not permitted to deny the existence of a minority to avoid international obligations, in practice such minorities must be recognised by States if their claims to the protection offered by minority rights standards are to be realised.

The UK was able to avoid recognising the Cornish minority under the FCNM as a result of the failure of States to agree a definition of the scope of application of the instrument at the time of drafting. States are granted a margin of appreciation to interpret the scope of the term ‘national minority’ provided that the definition adopted satisfies the good faith requirement (article 2 FCNM).  Nonetheless, the Advisory Committee to the FCNM (AC-FCNM) has consistently stressed that  ‘the implementation of the Framework Convention should not be a source of arbitrary or unjustified distinctions’ (‘Opinion on the United Kingdom’ para 12) and has encouraged States parties to adopt a wide interpretation of the FCNM’s scope of application.

As the term ‘national minority’ has no legal meaning in the UK, the UK government adopted a definition based on the term ‘racial groups’ under the Race Relations Act 1976 (now superseded by the Equality Act 2010): ‘a group of persons defined by colour, race, nationality (including citizenship) or ethnic or national origins’. On the basis of this definition, the UK government limited the scope of application of the FCNM to ‘ethnic minority communities (or visible minorities) and the Scots, Irish and Welsh, who are defined as a racial group by virtue of their national origins’ in its First State Report (ACFC/SR(1999)013 para 2). Although this definition of ‘national minority’ is significantly wider than the definitions adopted by the majority of other States under the FCNM, the AC-FCNM has consistently expressed concern about the UK’s over-reliance on the ‘racial group’ criterion because it excludes minorities which could legitimately claim the protection of the FCNM, including the Cornish minority (Second Opinion on the United Kingdom ACFC/OP/II(2007)003 para 31; Third Opinion on the United Kingdom ACFC/OP/III(2011)006 para 35).

The UK government did not dispute the ‘distinct culture of Cornwall’ (Comments of the Government of the United Kingdom GVT/COM/INF/OP/I(2002)006 p 4) and instead, justified the exclusion of the Cornish minority from the scope of application of the FCNM on the basis

that those ethnic communities that fall within the scope of the Framework Convention in the UK do so because an individual of that “colour, race, nationality (including citizenship) or ethnic or national origins” have been successful in bringing a case under the Race Relations Act. Should an individual of Cornish origin successfully do the same then they would fall under the scope of the Convention. (ibid)

Thus, it was the failure of the Cornish minority to demonstrate that they had been discriminated against on the basis of their identity that led to their exclusion from the protection offered under the FCNM. It is significant that the UK government did not recognise the value of the FCNM for the Cornish minority: ‘The Government does not believe that any rights are denied to any individual in Cornwall as a result of their Cornish origin and fails to see what value an article-by-article inclusion could bring to an individual of Cornish origins’ (ibid). This evidences a (wilful?) misinterpretation of the purpose of the FCNM by the UK government. The preamble to the FCNM clearly establishes its raison d’être:

[A] pluralist and genuinely democratic society should not only respect the ethnic, cultural, linguistic and religious identity of each person belonging to a national minority, but also create appropriate conditions enabling them to express, preserve and develop this identity.

Accordingly, in addition to pursuing the aim of equality and non-discrimination (articles 4, 6 FCNM), a number of the provisions of the FCNM pursue the aim of preserving and promoting minority identities by granting linguistic and educational rights (articles 5, 9-14 FCNM).

‘National minorities’  may be racially similar to the majority and, therefore, will not suffer from discrimination as a result of membership of a ‘racial group’. At the same time, the same group may require assistance to preserve and promote their distinct cultural, linguistic or religious heritage.  The adoption of a definition of ‘national minority’ based on legislation intended to protect racial groups from discrimination is, thus, inappropriate, as the needs of ‘racial groups’ are not necessarily analogous to those of ‘national minorities’.

While the UK government, in its dialogue with the AC-FCNM, suggested that the Cornish could fall within the scope of ‘ethnic group’, arguably, this minority has more in common with the other Celts of the British Isles, the Welsh, Scottish and Irish, which have been recognised as a ‘national minority’ on the basis of their ‘national origins’. The basis of the exclusion of the Cornish from this category is even weaker than from ‘ethnic groups’. While the House of Lords, in obiter comments, had recognised that discrimination against the English, Scottish and Welsh would constitute discrimination on the basis of their ‘national origins’ under the Race Relations Act 1976 (Ealing LBC v Race Relations Board, [1971] UKHL 3), only an English applicant had successfully brought a case on this basis (BBC Scotland v Souster [2000] CSIH 308).   Thus, the requirement for the Cornish minority to bring a successful case under the Race Relations Act 1976 before gaining recognition under the FCNM established an additional criterion that the other constituent peoples of the British Isles were not required to meet.

While States have a margin of appreciation to decide the scope of application of the FCNM, the distinction between different groups of Celts appears to constitute an ‘arbitrary or unjustified distinction’. The exclusion of the Cornish from the FCNM is made all the more anomalous by the recognition by the UK government that the Cornish language finds protection under the European Charter for Regional and Minority Languages in 2003. The exclusion of the Cornish minority from the scope of the FCNM appears to be attributable to a lack of political will and a misinterpretation of the purpose of the FCNM rather than a legal justification.

Despite the notoriously weak language employed in the FCNM, recognition of the Cornish minority requires that the UK government facilitate the preservation and promotion of its culture and language. The press coverage of the news that the Cornish minority had been granted ‘national minority’ status, highlighted a lack of knowledge about this community amongst the general population. Had educational measures been taken ‘to foster knowledge of the culture, history, language and religion’ of the Cornish minority, as required under article 12(1) FCNM, one would hope that there would have been less focus on Cornish pasties in the press coverage following the government’s announcement.

The extension of minority rights protection to unpopular, or, in the case of the Cornish minority, relatively small and unheard of minorities is a politically contentious issue due to the associated costs and concerns about segregation. However, the granting of ‘national minority’ status to the Cornish recognises their equal citizenship and the valuable contribution of their culture and language to the heritage of the State. Without this status, there was a real risk that this small minority would be lost.