This is the third post in our joint symposium arising out of the publication of the Chatham House report, Proportionality in the Conduct of Hostilities: The Incidental Harm Side of the Assessment, Calibrating the Compass of Proportionality, by Geoff Corn. The full post is available now over on Just Security.

Every war results in civilian harm; though always tragic, it is a largely unavoidable result of 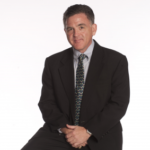 armed conflict. For those who have not taken up arms or ordered others to do so, the fact that civilians seem to bear the brunt of war surely seems to reveal mankind at its worst. As James R. McDonough wrote in his influential “Platoon Leader: A Memoir of Command in Combat,” “[w]ar gives the appearance of condoning almost everything.” The reality is that rules governing armed conflict have never been more important. As McDonough also wrote,

[M]en must live with their actions for a long time afterward. A leader has to help them understand that there are lines they must not cross. He is their link to normalcy, to order, to humanity. If the leader loses his own sense of propriety or shrinks from his duty, anything will be allowed.

As McDonough so eloquently reminds us, military leaders need rules to manage the violence of war and in so doing protect those caught up in war from the moral abyss of lawless combat. IHL rules that regulate the conduct of hostilities provide these rules – the proverbial compass that enables the warriors to navigate the complex terrain of mortal combat. Like any compass, the more precise the calibration, the more accurate the navigation

Read the rest of Geoff’s post over on Just Security.

Posts in this series:

(1) Emanuela Gillard, Chatham House Report on Proportionality in the Conduct of Hostilities – Some Key Elements (EJIL: Talk! and Just Security)

(4) Lawrence Hill-Cawthorne, The Chatham House Paper on Proportionality in the Conduct of Hostilities (EJIL: Talk!)

« WTO Dispute on the US Human Ri...
Announcements: International C... »
Comments Off on Joint Symposium on Chatham House’s Report on Proportionality: Calibrating the Compass of Proportionality