The final installment of our joint blog series arising out of the 2016 Transatlantic Workshop on International Law and Armed Conflict, ‘Assessing Proportionality: An Unreasonable Demand on the Reasonable Commander?’- by Janina Dill (London School of Economics) is now available on Intercross. 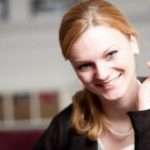 Proportionality in International Humanitarian Law (IHL) demands that the attacker weighs incommensurate values: the concrete and direct military advantage anticipated to arise from an attack against the expected incidental harm to civilians and damage to civilian objects. It is common place that for that reason (amongst others) it is difficult to applyArticle 51(5)b of the First Additional Protocol to the Geneva Conventions and the corresponding principle of customary law to real world cases (here, here, here, here, here). The legal rule seemingly bends to endorse diametrically opposed interpretations of the same attacks; salient examples include some Israeli air strikes in the 2014 campaign in Gaza (hereand here). References to proportionality in the court of public opinion therefore often fan the flames of discord rather than adjudicate between diverging views. In the court of law, specifically in the chambers of the International Criminal Tribunal for the former Yugoslavia, proportionality has largely failed to add to the justiciability of unlawful attacks.

At the same time, proportionality – and indeed the task of comparing seemingly incommensurate values – are not unusual in law. What then is the problem with the principle of proportionality in IHL?

Proportionality according to the reasonable observer

A common approach to assessing an agent’s judgment of excessiveness is to look at it from the point of view of a “reasonable observer”. However, an empirical investigation of attitudes towards collateral damage yields anything but a concretization of what proportionate incidental harm looks like. When asked to put themselves in the place of a commander partaking in a mission to clear an Afghan village of Taliban fighters, 27% of British respondents and 20% of American participants in a survey I conducted in 2015 said they would not accept any foreseen civilian deaths as a side-effect of an attack meant to kill a group of Taliban fighters. At the same time, 17% of British and 21% of American respondents said they would accept however many casualties the attack would cause. 44% and 41% of the populations respectively hence rejected the very premise of proportionality in war: the prospect of a military advantage warrants a positive, but limited number of unintended, yet foreseen civilian casualties.