The third post in our joint blog series arising from the 2016 Transatlantic Workshop on International, ‘Coalition Operations and the Obligation to Investigate IHL Violations’- by Chris Jenks (SMU Dedman School of Law) is now available on Intercross. 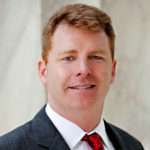 This post suggests that while the components of the obligation to investigate reasonably suspected international humanitarian law violations are, in most respects, well settled, their application in and to multinational coalition operations is under developed.  Thus far, that result seems to reflect not so much a lack of satisfactory answers on accountability in coalition operations but rather avoidance in asking the questions and acknowledging an inherent tension.

A number of IHL instruments imply an obligation to investigate alleged violations. Each of the 1949 Geneva Conventions, taken together, require High Contracting Parties to enact legislation to provide effective penal sanctions for those persons committing or ordering to be committed a grave breach; to search for those who commit a grave breach; and to take measures necessary to suppress all acts contrary to the Conventions other than grave breaches. Additional Protocol I to the 1949 Conventions requires military commanders of High Contracting Parties, “with respect to members of the armed forces under their command and other persons under their control, to suppress and where necessary to report to competent authorities breaches….” Finally, the “unquestionable customary norm” from Rule 158 of the Customary International Law Study’s that “States must investigate war crimes allegedly by their nationals or armed forces, or on their territory, and, if appropriate, prosecute the suspects.”