What constitutes acts harmful to the enemy by medical personnel is controversial. Most consider that the term is wider than that of direct participation in hostilities (see e.g., here at 411, here and here at 329). This is correct for medical units and transports for whom the concept is specifically used in the treaties. The phrase includes not only overt hostilities, but also sheltering able-bodied combatants or fighters.

In my view, however, persons lose their special protection only if they directly participate in 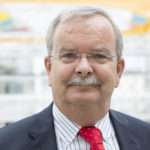 hostilities. It is true that the above-mentioned examples of acts harmful to the enemy do not constitute direct participation in hostilities. However, this stems simply from the fact that the expression ‘acts harmful to the enemy’ was elaborated for medical units and establishments, while ‘direct participation in hostilities’ refers to persons. A hospital can obviously not directly participate in hostilities, but it can be used to commit acts harmful to the enemy if it shelters able-bodied combatants. Although I must admit that this interpretation remains subject to controversy, my opinion is that this same logic does not apply to medical personnel. That is, if medical personnel were to shelter an able-bodied combatant, this action should not be considered as an act harmful to the enemy entailing a loss of protection. Admittedly, my interpretation will raise controversy. For instance, driving an ammunition truck from a port to a place where the ammunition will be stocked does not constitute direct participation in hostilities (see here at 56), while most would argue that, if committed by medical personnel, it would be an act harmful to the enemy. However, this conclusion has only a limited practical impact, because regardless of who is driving the truck, the truck is may be targeted, as a legitimate military objective. And, the status of the driver is unlikely to outweigh the military advantage in making the proportionality assessment.

Read the rest of Marco’s post over on the Humanitarian Law & Policy blog (Part I and Part II). Posts in this series: