The fourth post in our joint blog series arising from the 2017 Transatlantic Workshop on International Law and Armed Conflict, ‘Wounded and Sick, Proportionality, and Armaments’- by Geoffrey Corn (South Texas College of Law Houston) is now available on Lawfare.

Imagine you are commanding forces that have just repulsed a combined arms enemy ground attack. The enemy is now withdrawing, and you observe what are obviously wounded enemy soldiers being loaded onto enemy combat vehicles. You fully anticipate the enemy to regroup in order to continue the offensive. These vehicles are not protected because they are not properly marked nor exclusively engaged in the collection and evacuation of the wounded and sick. 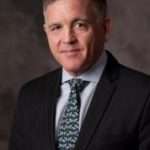 Instead, the enemy is employing the common practice of evacuating wounded with any available combat vehicle. While this is occurring, other enemy forces are providing covering fires in support of the withdrawal. You have on-call close air support assets, and your air support coordination liaison asks if the enemy vehicles should be attacked? The enemy vehicles are lawful objects of the attack, but you know that the military wounded and sick must be respected and protected. It is therefore clear that an attack may not be directed against the wounded enemy soldiers. But the ICRC’s updated Commentary asserts that before launching the attack on the withdrawing enemy forces who are not hors de combat you must assess whether the risk created to the wounded enemy personnel is excessive in relation to the concrete and direct military advantage anticipated.

Suggesting that such an obligation is logically inferred from the civilian proportionality rule is fundamentally flawed, because unlike military personnel, civilians (who do not take a direct part in hostilities) do not accept the risks of combat.