The third post in our joint series hosted by the ICRC Humanitarian Law & Policy Blog, EJIL Talk! and Lawfare, and arising out of the 6th Transatlantic Workshop on International Law and Armed Conflict, “Better Safe Than Sorry: Transferring Detainees Safely to Coalition Partners” by Tilman Rodenhäuser (ICRC) is available now over on Lawfare.

Faithful application of the principle of non-refoulement can 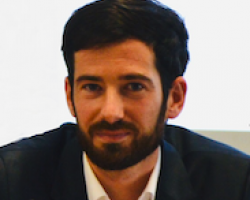 mean that it is not possible to lawfully transfer a person to another authority—for instance when the recipient authority is notorious for torturing or otherwise ill-treating detainees, or for executing them without fair trial. Practically, this means that the international forces are stuck with the detainee during extraterritorial operations. Short-term solutions in such situations include keeping a detainee in accordance with applicable procedural safeguards, finding an alternative authority to which transfers are lawful, or releasing the detainee. For longer-term solutions, states should work more systematically with partners to ensure humane treatment of detainees, including through assisting in developing necessary rules and procedures, training partner forces, or jointly managing certain detention facilities.

In light of the various legal and operational challenges that extraterritorial detention may entail, it could seem tempting to avoid taking prisoners at all, for instance by conducting “partnered operations” in which only local partners take detainees.

Read the rest of Tilman’s post over on Lawfare.

Other posts in the series: