The second post in our joint blog series arising from the 2017 Transatlantic Workshop on International Law and Armed Conflict, ‘Common Article 3 and Linkages Between Non-State Armed Groups’- by Ashley Deeks (University of Virginia School of Law) is now available over on Lawfare.

Assume State A finds itself in a NIAC with a NSAG – call it “Group X.”  What happens if and 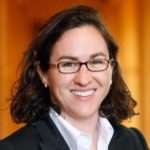 when another NSAG – call it “Group Y” – begins to provide certain assistance to Group X?  At what point does Group Y become part of the State A/Group X NIAC, and thus become subject to military force by State A?  This question has arisen in a variety of scenarios, including in the interactions between core al Qaeda and al Qaeda in the Arabian Peninsula and between al Qaeda and al Shabaab.

Approaches 2 and 3:  These two approaches analogize from the concept of co-belligerency, which originated in international armed conflicts. Approaches 2 and 3 (described below) take different positions on what that concept requires.

Approach 3 – Assistance by Group Y to Group X in Group X’s NIAC against State A is enough to render Group Y a functional co-belligerent, even if Group Y does not directly engage in hostilities against State A.

Approach 4 – Use the ICRC’s “direct participation in hostilities” (“DPH”) factors to evaluate Group Y’s efforts in relation to the State A/Group X NIAC.