The five men had been accused of offences against the administration of justice under Article 70 of the Rome Statute (RS) in the Main Case against Jean-Pierre Bemba. They were (to different degrees) found guilty by the Chamber for corruptly influencing 14 defence witnesses in the Main Case, presenting false evidence, and giving false testimony when under an obligation to tell the truth. Mr Bemba (the accused in the Main Case), his lawyer Mr Kilolo, Bemba’s defence team’s case manager Mr Mangenda, Mr Babala, a political ally of Bemba’s, and Mr Arido, Bemba’s financier, had briefed the witnesses, provided them with false testimonies, payed them and promised them relocation to Europe if they testified in Bemba’s favour.

Attending the hearing on Wednesday 19 October, the authors of this post did not expect to see more than a normal delivery of judgment. Eventually, however, we listened to a vivid argument on whether to remand in custody of the ICC’s detention centre the accused Mr Kilolo, Mr Mangenda, Mr Babala and Mr Arido, while awaiting their sentencing judgment. Bemba, having been sentenced to 18 years of imprisonment in the Main Case, is in custody anyway. Both, the Prosecution and the Defence presented their arguments as to whether detention was appropriate and allowed by law, in which the latter deplored – through a noteworthy “we do not dine with the judges” – that, unlike the judges, they had not been informed of the Prosecution’s intention to file this application. Eventually, the Chamber rejected the application, relying on its assessment that there was no risk that the four accused wouldn’t show up to any subsequent Court meeting.

This post examines the issues mentioned during the discussion between the Prosecution and the Defence. It seeks to clarify in which circumstances an accused can be detained after a conviction, although a sentence has not yet been pronounced.

Does a guilty verdict automatically lead to incarceration?

The Prosecution’s main argument for incarceration of the four accused was the very fact that they had just been found guilty of the charges under Article 70. They argued that the guilty verdict would significantly increase the risk that the accused would not come back to The Hague in order to serve their sentence, should it be imposed.

The crux of this discussion is that the four accused Kilolo, Mangenda, Babala and Arido were granted interim release on 21 October 2014 by Pre-Trial Chamber II, after having been in detention since November 2013, when they were arrested pursuant to individual arrest warrants. The single judge concluded that detaining them further would be “unreasonable” and “disproportionate” in view of the statutory penalties applicable to the offences at stake in these proceedings. 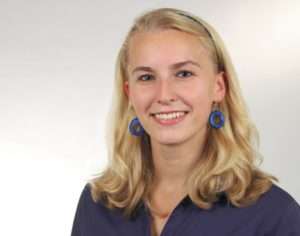 An interim release decision – and in fact, the review thereof – is, according to Article 60(2), taken considering the conditions for issuing an arrest warrant of Article 58(1) RS: the risk that the accused would flee, the risk of obstruction of the proceedings, or the risk of recidivism. In 2014, the single judge considered that in view of the advanced stage of the proceedings and the fact that the relevant evidence had been acquired, there was no risk that the proceedings would be obstructed, that the alleged crimes would be continued, or related offences committed. In addition, he deemed the accused’s formal commitment to promptly appear before the Court whenever summoned sufficient to hold that there was no flight risk.

In applying for detaining Mr Kilolo, Mr Mangenda, Mr Babala and Mr Arido, the Prosecution effectively requested a review of the interim release decision of October 2014. It argued that the guilty verdict was – compared to the assessment made in October 2014 – a “change in circumstances” to the disfavour of the accused. This argument is certainly reasonable, but remarkably ignores several important issues. 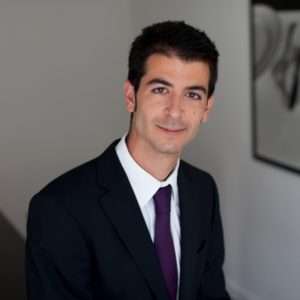 Firstly, the verdict can never constitute in itself a “change in circumstances”. Revoking the interim release decision must be a decision on each convict and his individual circumstances concerning the conditions of Article 58(1) RS. Asserting that the guilty verdict as such changes the assessment is ill-founded as it is simply not one of factors to be considered under Article 58(1) RS. Likewise, it would be ill-founded to claim that a guilty verdict automatically establishes a flight risk, as this ignores the imperative individual assessment of the latter. The “change in circumstances” supporting the claim that there is now a risk that Mr Kilolo, Mr Mangenda, Mr Babala and Mr Arido would not appear in Court – compared to the situation in October 2014 – should therefore have been better explained in view of each accused’s individual circumstances concerning Article 58 (1) RS. The Statute simply does not contain a provision that foresees automatic incarceration after a guilty verdict.

Secondly, as the Defence correctly argued, supposing a sentence of imprisonment at this stage amounts to “prejudging the sentencing”, as Article 70(3) RS foresees either incarceration for up to five years or a fine (or both) as applicable penalties to offences against the administration of justice.

In addition, and related to this latter point, further extending the duration of incarceration might amount to a serious violation of the rights of the accused. Bearing in mind that the four convicts may just be fined or get a short sentence, and reckoning that they had already spent 11 months in pre-trial detention before their interim release, further pre-trial detention (which would here de facto be pre-sentencing detention) would be disproportionate. This is the key argument for the rejection of the application for detention: even if there had been a flight risk, pre-sentencing detention would in this case be unlawful, since the detention’s duration must be proportionate to the statutory penalties applicable and the single judge had already back in 2014 considered that detention was no longer appropriate. Surprisingly, the Chamber did not mention this reason when rejecting the Prosecution’s application.

Does an order to be present in Court put the accused into “custody”?

Consequently, the Prosecution’s application for detaining Mr Kilolo, Mr Mangenda, Mr Babala and Mr Arido was unsubstantiated and ill-founded. Did the Prosecutors therefore base their application on Article 81(3)(a) RS (instead of Article 60(2) RS)? Article 81(3)(a) RS determines that “a convicted person shall remain in custody pending an appeal”, unless “the Trial Chamber orders otherwise”. This is not the correct legal basis for detaining these four convicts.

Firstly, they are not “in custody” and hence cannot “remain in custody”. Indeed, Kilolo, Mangenda, Babala and Arido had been arrested and detained in November 2013, but had subsequently been granted interim release. Nevertheless, the Prosecutor still argued that the accused “are not here voluntarily”, but pursuant to an order of the Chamber and that they were therefore “not free to leave”. Eloquently put: “They go nowhere unless you say so. That’s custody.” (page 25f. of the transcript of that session).

At first sight this understanding of the term “custody” may seem convincing. It is true that during the hearing, the accused cannot leave at their own will (“The accused shall be present during the trial.” (Article 63(1) RS)), and the Court may oppose any of their attempts to leave the court room (Articles 64(6)(f) and 64(9)(b) RS). However, prior to the hearing, the accused had only been given the simple order “to be present at the delivery of the judgment pursuant to Article 74 Rome Statute” (page 3 of the Order Scheduling the Delivery of the Judgment, emphasis added). The emphasis and the reference to Article 74, which regulates inter alia how decisions shall be delivered by the Chamber, clarify for which time precisely the four accused had been summoned: as soon as the hearing is over, the convicts are free to leave the court room, the Court, and even The Netherlands, in accordance with their interim release rules.

Secondly, it might also be questioned, whether this stage of the proceedings can actually be qualified as “pending an appeal”. It seems odd to say that immediately after the announcement of the first instance’s verdict, an appeal is “pending”, although it is yet unknown whether such appeal would be lodged at all. This stage should rather be named “awaiting sentencing”, which is not as such regulated by the Rome Statute. It must thus be presumed that the period between the verdict and the sentencing judgment still belongs to the trial stage. A legal basis for detention must thus rather be found in Part 5 (Investigation and Prosecution) or Part 6 (The Trial), instead of in Part 8 (Appeal and Revision) of the Rome Statute.

In conclusion, in order to answer the question under which circumstances convicts may be detained after the issuance of a guilty verdict, two sets of cases must be distinguished. Firstly, convicts who had been detained pursuant to an arrest warrant and not been granted interim release may simply be further detained after the verdict. Secondly, convicts who were free prior to the guilty verdict due to an interim release decision should in principle remain free. They can only be detained pursuant to a decision that revokes the interim release in accordance with Article 60 RS. This requires a case-by-case assessment under Article 58(1) RS. It is possible that the guilty verdict increases the risk the accused would flee – this must, however, be soundly argued considering the specific circumstances. It is quite astonishing that despite days or weeks of preparation for the application, the Prosecution has not done so, and even more surprisingly – relied on the wrong legal basis for its argumentation.

In the end, this all comes down to the fact that the ICC’s practice in rendering its verdicts on the merits of a case and on the penalty at two different dates is sometimes – and in this case certainly – regrettable. Indeed, had the penalty be known at the judgment hearing on 19 October, the questions considered in this post might be obsolete: had the Chamber imposed a fine or a shorter term of imprisonment than 11 months, then the four convicts could have just gone home in silence. Had it imposed a longer sentence, they would have simply been incarcerated.

In sum, the Bemba et al. case is not only interesting because it clarified how the ICC will deal with offences against its administration of justice, but because it coincidentally shed some light on what a guilty verdict may mean for convicts on interim release.

Kei Hannah Brodersen is PhD Candidate and lecturer of International and EU criminal law at the Faculty of Law at Maastricht University. Her research focuses on unintended side-effects of international criminal tribunals on the broader legal system of targeted societies. Lysandre Papadopoulos is a Swiss qualified lawyer who works as a law clerk at the Swiss Federal Administrative Tribunal. His fields of expertise cover international law and human rights, as well as administrative and tax law. He studied law at the University of Geneva, University of Zurich and Harvard Law School. Read Full
More posts by the Author »
EJIL: Live!