Democracy, Peoples’ Uprising and Unconstitutional Change of Government in Egypt: The African Union Principles and Responses

Democracy, Peoples’ Uprising and Unconstitutional Change of Government in Egypt: The African Union Principles and Responses 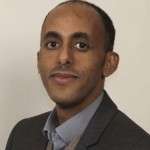 Zeray Yihdego is Senior Lecturer in International Law at the University of Aberdeen. He is a Fellow of the Higher Education Academy and a member of the UN Expert Group on the Firearms Protocol, which supplements the UN Convention against Transnational Organised Crime 2000. In addition to serving as an expert, Dr Yihdego also acts as a consultant for the Vienna based UN Office on Drugs and Crime. 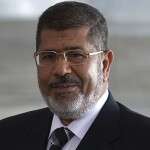 Egyptian military on July 2, 2013. The former President is under house arrest, while members of his presidential team are in custody. The Army argues that it responded to the peoples’ demands and will, while the former President and his supporters called the action as a military coup. The situation challenges the notions of democracy (as understood to mean a rule by majority), self-determination (as understood to mean peoples’ right to decide on their political, socio-economic and other fates as a unit). The coup also raises important questions about Egypt’s adherence to one of the African Union’s (AU) principles: the rejection of unconstitutional change of government. Perhaps more importantly, the situation poses real challenges for the AU in how it implements the principle prohibiting such unconstitutional changes of government.

Article 4 of the African Union Constitutive Act proclaims the ‘respect for democratic principles, human rights, the rule of law and good governance’ and ‘condemnation and rejection of unconstitutional changes of governments’, among its cardinal principles.  Africa has also pledged ‘to enforce the strict adherence to the position of the Union on unconstitutional change of government’ (AU Doc. AHG/235 (XXXVIII) Annex I, para 13). However as I have noted in a previous publication (‘African Union Founding Principles..’, ELJ 17:5 (2011) 583),

the AU’s collective responses to election or coup d’état-related controversies have not been consistent. For example, whilst the AU imposed travel, diplomatic exclusion and foreign asset freeze against Togo (2005), Madagascar (2010) and Guinea (2008) as a result of ‘unconstitutional’ transfers of political power, similar cases in São Tomé and Príncipe (2003) and Côte d’Ivoire (2010) only led to condemnation and/or call for peaceful settlement.

This was further challenged by the Arab Spring in Egypt, Tunisia and later in Libya when the Union neither condemned the way governments were changed nor did it expressly support popular uprising. (photo credit) 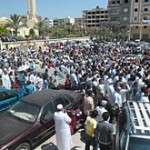 The AU’s responses demonstrate weakness, given the importance of defending (genuine) democracy and popular demand, and the need to tackle instability and armed violence.

With respect to the current situation in Egypt, the initial reaction of the Union was neither a firm rejection nor recognition of the coup. In a press release, Dr.  Nkosazana Dlamini Zuma, the chairperson of the Union’s Commission,

recalling the AU principled position on unconstitutional changes of government, underlines the need for all Egyptian stakeholders to work towards a resolution of the current crisis through dialogue, in order to find an appropriate response to the popular aspirations within the framework of legality and Egyptian institutions. In so doing, the aim should be to preserve the achievements of the Egyptian Revolution of 2011 and those of the democratic process, as well as to reach a national consensus on the future of the country (July 3, 2013).

On July 5, 2013, however, the AU Peace and Security Council issued a Communique on the events in Egypt, which dramatically changed and clarified the position of the Union. The Council, expressing ‘deep concern at the risks the prevailing situation poses for the long-term stability of Egypt and cohesion of its people, with far-reaching national and regional consequences’, and ‘recalling relevant AU instruments on unconstitutional changes of Government, notably the Lomé Declaration of July 2000 and the African Charter on Democracy, Elections and Governance of January 2007’, conclude that

the overthrow of the democratically elected President does not conform to the relevant provisions of the Egyptian Constitution and, therefore, falls under the definition of an unconstitutional change of Government… Accordingly, and as mandated by the relevant AU instruments, Council decides to suspend the participation of Egypt in the AU’s activities until the restoration of constitutional order.

However, the Council also recognises ‘the growing frustration of many Egyptians over the management of the country, cumulative economic difficulties, deteriorating security, political and social polarization and lack of consensus on the best way forward’ under the Morsi government.

The current situation is indeed different from the 2011 Egyptian or other revolutions.  President Mori was an elected leader of the Nation as opposed to his predecessor, Hosni Mubarak, who was not democratically elected and seen as a tyrant. The protesters are arguing that Morsi and his party, the Muslim Brotherhood, hijacked the 2011 revolution to promote their political ideology, instead of abiding by democratic principles and addressing the socio-economic challenges of the people. The ousted President, his party and some commentators submit that the government was in power for about a year now without the ability to effect socio-economic changes; he is also accused of taking unconstitutional actions to consolidate his power, although Mr Morsi argued that the measures taken were in accordance with the spirit of the Egyptian revolution.

Given the complexity of the situation, the AU’s careful position is no surprise. On the one hand, a democratically elected administration was removed through military might; on the other hand, millions of people have been demanding the resignation of president Mori and his government as illegitimate and incompetent administration.  For example,

Egyptian Foreign Minister Kamel Amr – who resigned from Mr Morsi’s government on Monday – said …on Thursday that the overthrow of President Morsi had not been a military coup, but the “overwhelming will of the people” (BBC News, July 4, 2013).

Thus far, the African Union has opted to express both aspects of the developments in Egypt with the intention of contributing to stabilising the tension there. In the AU press release of July 3,

The Chairperson of the Commission, stressing AU’s commitment to contribute to a peaceful resolution of the current crisis, intends to dispatch to Egypt, as soon as possible, a group of eminent African personalities to consult with the Egyptian stakeholders and assist in the initiation of a responsible and constructive dialogue that would help the fellow Egyptian people overcome the difficult situation they are facing (source as above).

Furthermore, the July 5 Peace and Security Council Communique ‘urges the new Egyptian authorities to engage, without delay, in inclusive consultations towards the adoption of a consensual timeframe for the organization of free, fair and transparent elections’.

Surely, the primary objective of the Union and other members of the international community ought to be to assist the Egyptian people in their efforts to normalise and stabilise their country and begin a genuine political dialog among various political groups there. However, the Union’s principle on unconstitutional change of government and the implementation thereof need serous revision and reconsideration. Attempts should be made to clarify the principle and how it is to be implemented. There is a crucial need to ensure consistency in the practices of the Union, although special circumstances must also be taken into account on a case-by-case basis.

The silence of the Union and others on the arbitrary arrest, in house or custody, of the former president and high-ranking members of his government is alarming.  If taken as a temporary measure of stability, it has to end sooner than later; if not all arrested must be brought before a court of law.  The Union and the international community must also be firm on any kind of revenge against supporters of the former government, the Muslim Brotherhood in particular. Taking power through a ‘coup’ or ‘popular uprising’ is one thing, which may, or may not be, contrary to Union principles, depending on how one interprets the prohibition in light of popular uprising, like the one in Egypt.  However, denying the basic rights of the former president and his officials is a clear violation of international human rights law and African Union law.

Zeray Yihdego is Senior Lecturer in International Law at the University of Aberdeen. He is a Fellow of the Higher Education Academy and a member of the UN Expert Group on the Firearms Protocol, which supplements the UN Convention against Transnational Organised Crime 2000. In addition to serving as an expert, Dr Yihdego also acts as a consultant for the Vienna based UN Office on Drugs and Crime. Read Full
More posts by the Author »
EJIL: Live!