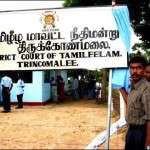 Court of the Liberation Tigers of Tamil Eelam

The recent Serdar Mohammed v. Ministry of Defencecase has prompted a number of interesting and insightful posts addressing the issue of whether international humanitarian law (IHL) provides a legal basis for detention in Non-International Armed Conflicts (NIAC) (see, for example, here, here, here and here). This discussion offers an opportunity to address the issue of non-State armed groups, something not discussed in detail so far, with the notable exception of Aurel Sari’s post. In particular, the existing debate with regard to detention raises, more broadly, the issue of the legal authority extended to non-State armed groups party to a NIAC. In this post, I present an argument in support of one of the most controversial issues in this area: the authority of armed groups to establish courts.

As is well known, IHL does not provide an explicit basis for the establishment of courts in NIAC, but rather regulates their operation in the event they are in fact established. In this regard IHL contains two relevant rules. Common Article 3(1)(d) of the Geneva Conventions of 1949 prohibits ‘the passing of sentences and the carrying out of executions without previous judgment pronounced by a regularly constituted court’, while Article 6 of Additional Protocol II (AP II) requires that ‘[n]o sentences shall be passed and no penalty shall be executed on a person found guilty of an offence except pursuant to a conviction pronounced by a court offering the essential guarantees of independence and impartiality’. Regarding the common Article 3 requirement that a court be ‘regularly constituted’, sources such as the ICRC Customary IHL Study note that a court may satisfy this requirement ‘if it has been established and organized in accordance with the laws and procedures already in force in a country.’ This would appear to support the argument that IHL does not provide a specific legal basis for the establishment of courts (authority is derived from the municipal law in force). At the same time, this reasoning also appears to preclude the convening of armed group courts since domestic law is (almost certainly) unlikely to establish a legal basis for non-State armed group courts. That said, it should be noted that the Pictet Commentary to the Geneva Conventions does not equate the regularly constituted requirement with a basis in municipal law, but rather focuses on the prohibition of ‘summary justice’.

Article 6(2) AP II – which ‘develops and supplements’ common Article 3 – dispenses with the ‘regularly constituted court’ provision, requiring instead that a court offer ‘the essential guarantees of independence and impartiality.’ The ICRC Commentary notes that this was a deliberate act during drafting, as ‘some experts argued that it was unlikely that a court could be “regularly constituted” under national law by an insurgent party’. END_OF_DOCUMENT_TOKEN_TO_BE_REPLACED

Locating the Legal Basis for Detention in Non-International Armed Conflicts: A Rejoinder to Aurel Sari

Last month, in response to the decision of the English High Court in Serdar Mohammed v. Ministry of Defence (see Marko’s commentary here), we wrote a piece arguing that Mr Justice Leggatt correctly concluded that international humanitarian law (IHL) does not provide a legal basis to detain in non-international armed conflicts (NIACs). We argued (contrary to Kubo Macak) that authorization to detain in a NIAC does not come from IHL, but rather must be found either in domestic law or in other branches of international law. In particular, we explained that the fact that IHL applicable in NIACs recognises that detention will occur and regulates such detention does not mean that this body of law provides an authority to detain in NIACs. Locating the legal basis for detention has significant implications for assessing the legality of detention in a NIAC, under international human rights law (IHRL). Aurel Sari has written an articulate and thought-provoking response to our post. We wish here to respond to the key points of Aurel’s critique of our view.

The Distinction between IAC Law and NIAC Law

Aurel begins by responding to our claim that the regulation of internment by IHL does not necessarily lead to the conclusion that IHL authorises it. However, his main criticism ignores the distinction we draw between the law applicable in NIACs and that applicable in IACs. He argues that to ‘conclude that IHL does not authorize any of the activities it regulates takes the argument too far.’ We agree, and in fact we do not make such a claim. Rather, we consider this issue to reflect one of the key differences between the law of international armed conflicts (IACs) and that of NIACs. As we noted in our post, whereas IHL applicable in IACS specifically authorises combatants to engage in hostilities (Art 43(2) Additional Protocol I) and to intern combatants (Art 21(1) Geneva Convention III) and civilians (Arts 27(4), 42-3 and 78 Geneva Convention IV), in NIACs IHL is silent on all of these issues and instead merely regulates certain aspects of them.

The reason for this difference between the two bodies of law is partly a consequence of the context of the two types of armed conflict. Since IACs concern two or more states, one state or the other is going to be acting on the territory of a foreign state and acting with respect to individuals who are foreign nationals.  In these circumstances, only an explicit norm of international law can provide the legal authority for targeting, detention, etc. Without such a rule of international law, these actions would be unlawful as a matter of international law since states do not have authority to take such action on the territory of another state and have obligations to other states with respect to how they treat nationals of those other states.

However, the position in NIACs is very different since such conflicts relate (mainly) to intra-state, as opposed to inter-state, relations. END_OF_DOCUMENT_TOKEN_TO_BE_REPLACED

Sorry Sir, We’re All Non-State Actors Now: A Reply to Hill-Cawthorne and Akande on the Authority to Kill and Detain in NIAC

The recent High Court judgment in the case of Serdar Mohammed v. Ministry of Defence [2014] EWHC 1369 (QB) has sparked a lively debate about the authority to detain individuals in the context of a non-international armed conflict (NIAC). In response to a post by Kubo Mačák offering a critical perspective on Mohammed, Lawrence Hill-Cawthorne and Dapo Akande have lent their support to the judgment in arguing that no legal basis for lethal targeting and detention exists in IHL.

Essentially, Lawrence and Dapo advocate an understanding of IHL which conceives it as a purely regulatory framework in the sense that its sole purpose is to impose constraints on how States and non-State actors conduct hostilities, without recognising or conferring any rights on them to engage in such hostilities in the first place. On this view, killing and detention is permissible in armed conflict not because it is authorized by the rules of IHL, but because, and only in so far as, it is not prohibited by other rules of international law. In this post, I intend to demonstrate why this ‘Lotus approach’ to IHL is not compelling.

END_OF_DOCUMENT_TOKEN_TO_BE_REPLACED

Special Agreements Concluded by Armed Opposition Groups: Where is the Law?

Common Article 3 of the 1949 Geneva Conventions binds the parties to non-international armed conflicts (NIACs) without making any distinction between the obligations of States and those of armed opposition groups (AOGs). Additionally, it encourages the parties to expand their obligations by concluding special agreements in order to bring other provisions of the GCs into force. These agreements’ importance has been recognized here by the ICRC, when identifying them as valuable methods to improve respect of IHL. In a recent post in Opinio Juris, Rogier Bartels has mentioned some contemporary peace agreements which could potentially also be framed within that category. However, CA3 doesn’t really determine their legal nature. Are they regulated by international or domestic law? What kind of obligations do they create?

Unraveling these questions isn’t merely an intellectual exercise. Special agreements serve to strengthen public confidence in IHL as a useful, practical and relevant body of law. Indeed, they help achieve willingness and material conditions to augment AOGs’ compliance. Whatever approach one selects, it will inevitably have consequences on the way we think about IHL’s effectiveness at large.