Today the Appeals Chamber of the Special Court for Sierra Leone unanimously upheld the conviction of Charles Taylor, the former President of Liberia, and affirmed the Trial Chamber’s sentence of 50 years imprisonment. The judgment is available here; a short press release here. The judgment is very long and will take some time to digest. Symbolically and politically it is of course of immense importance.

Legally, however, the most interesting aspect of the judgment is the SCSL’s refusal to follow the ICTY Appeals Chamber’s holding in Perisic that the actus reus of aiding and abetting liability requires the assistance to be ‘specifically directed’ towards the commission of crimes. Readers will recall that Perisic was acquitted despite knowing that the aid he was providing to the Bosnian Serbs will help them in the commission of crimes against international law, since the ICTY Appeals Chamber found that the aid was given to the war effort as a whole, rather than to the commission of the crimes as such. For more background, see my previous post on Perisic and James Stewart’s very important post on specific direction.

In my view, this is a very welcome development, and the specific direction standard was rightly discarded. Note, however, how this creates a direct conflict of jurisprudence between two ad hoc international criminal tribunals. The fragmentation of international criminal law is well and truly upon us. Whether this will induce the ICTY Appeals Chamber to change its mind on the matter, and which side will be taken by other international tribunals dealing with similar factual patterns, remains to be seen.

END_OF_DOCUMENT_TOKEN_TO_BE_REPLACED 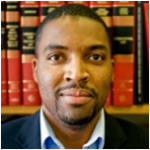 The way in which the Trial Chamber reacted to Alternate Judge Sow’s decision to make a public statement on the Taylor Trial; the exclusion of his statement from the official transcript of the hearing; and the recent information suggesting irregularities in the process which the SCSL judges invoked to discipline their judicial colleague for alleged misconduct all underscore the need for greater transparency on this issue than we have so far received from the SCSL.

This article argues that it is time for the SCSL to establish an independent fact finding commission, with a narrowly framed and time limited mandate, to establish the truth, or falsity, of the allegation that Alternate Judge Sow made during the delivery of the Taylor Trial judgment that there were no (serious) deliberations by the three judges who convicted the accused and sentenced him to 50 years imprisonment. Such a commission could also determine the extent to which, if any, Taylor’s fundamental right to fair trial under Article 17 of the Statute of the SCSL was impacted. The proposal for an ad hoc fact finding commission would demystify what happened during deliberations and can be concurrent with Taylor’s current appeal. It therefore will not delay the conclusion of the tribunal’s work. END_OF_DOCUMENT_TOKEN_TO_BE_REPLACED

Charles Jalloh is Assistant Professor, University of Pittsburgh School of Law, Pennsylvania, U.S.A.; formerly the Legal Advisor to the Office of the Principal Defender, Special Court for Sierra Leone and duty counsel to former Liberian President Charles Taylor. He blogs at International Criminal Law in Ferment and we are grateful to him for accepting our invitation to contribute this piece to EJIL:Talk!

As has been widely reported since, the judges unanimously found Taylor guilty of five counts of crimes against humanity, five counts of war crimes and one count of other serious violations of international humanitarian law perpetrated by the Revolutionary United Front (RUF) rebels acting in concert with the mutinying elements of the Sierra Leone Army known as the Armed Forces Revolutionary Council (AFRC) in the period between 30 November 1996 and 18 January 2002.

Taylor was convicted as a secondary perpetrator, i.e. as a planner and aider and abettor, of murder, rape, sexual slavery, enslavement, other inhumane acts, acts of terrorism, pillage, outrages upon personal dignity, violence to life, health and physical or mental well-being of persons, in particular murder and cruel treatment, and conscripting or enlisting children under 15 years into armed forces or groups or using them to participate actively in hostilities.

Although the Chamber has not yet issued its authoritative trial judgment setting out the full reasoning behind its conclusions, the judges made some significant factual and legal findings in the 44-page “summary” that Presiding Judge Lussick read out in open court for about two hours. Having convicted Taylor, they fixed 16 May 2012 for an oral sentencing hearing with each of the parties allocated one hour to address the Chamber. Taylor was offered up to half an hour to make a statement, should he so wish. The sentencing judgment will follow two weeks later (on 30 May 2012).

Taylor is the first former President to have been indicted, fully tried and now convicted in an international criminal tribunal since the immediate post-World War II trial of German Admiral Karl Doenitz at the Nuremberg International Military Tribunal. Not surprisingly, many thoughtful legal commentators have already weighed in on key issues raised by the verdict. These include the Chamber’s findings on Joint Criminal Enterprise, Command Responsibility and Gender Crimes (see, for example, Bill Schabas, Diane Marie Amman, Jens Ohlin, Valerie Oosterveld, Kelly Askin).

Briefly mentioned by Kirsty Sutherland, Kevin Heller and Bill Schabas, but not as well discussed (with the exception of Jennifer Easterday and Sara Kendall), was the weighty decision of the alternate (fourth) judge in the Taylor Trial, El Hadji Malick Sow, to enter a “dissenting opinion” to Trial Chamber II’s unanimous judgment.

In this post, I examine Alternate Judge Sow’s views on the verdict. I argue that, while his statement gives cause for concern, and ultimately reflects the tension throughout the trial between him and the other three judges, expressing public views on the verdict was unfortunate because the effect might be to impugn the credibility and legitimacy of an otherwise fair trial that met the due process standards of the SCSL Statute and international human rights law. END_OF_DOCUMENT_TOKEN_TO_BE_REPLACED

Blood Diamonds: Supermodel Naomi Campbell may be compelled to Testify at the Special Court for Sierra Leone. (Updated)

Sylvia Ngane is a doctoral candidate and Graduate Teaching Assistant at the School of Law, University of Leeds, UK. Her article “Witnesses Before the International Criminal Court” is published in (2009) 8 Law and Practice of International Courts and Tribunals 431-457.

Editor’s Note: In a decision issued on the same day this piece was posted, the Special Court for Sierra Leone upheld the Prosecution’s request and directed the Prosecutor to call Naomi Campbell as a witness.

In May of this year, the trial of Charles Taylor at the Special Court for Sierra Leone (SCSL) took a dramatic twist, when prosecutors requested the judges, to issue a subpoena to supermodel Naomi Campbell requiring her appearance before the Chambers. On the same day, the SCSL Prosecutors made an application that they be allowed to reopen their case, which was closed in February 2009, or bring evidence in rebuttal against Taylor by calling three additional witnesses, Campbell, Carole White and Mia Farrow. Campbell is required to testify as a witness about a diamond gift she allegedly received from Taylor in South Africa in 1997. Rule 54 of the SCSL Rules of Procedure and Evidence which is the applicable statutory provision for granting subpoenas, provides that: ‘At the request of either party or of its own motion, a judge or a Trial Chamber may issue such orders, subpoenas, warrants and transfer orders as may be necessary for the purposes of an investigation or for the preparation or conduct of the trial’

The judges will grant a subpoena if it is ‘necessary’ to bring to court an unwilling but important witness. In the Taylor case, the Prosecution submits that Campbell’s testimony is necessary as it concerns a central issue in the case, the Accused possession of rough diamonds. They argue that her evidence is highly probative and material to the Indictment since it is direct evidence of the Accused’s possession of rough diamonds from a witness unrelated to the Liberian or Sierra Leone conflicts. According to the Prosecution, this corroborates Prosecution evidence that the Accused received diamonds from the Armed Forces Revolutionary Council (AFRC), the military junta, which in partnership with Revolutionary United Front (RUF) rebels,  ruled Sierra Leone in 1997 during the Indictment period. In addition, Campbell’s anticipated evidence supports the Prosecution allegations that the Accused used rough diamonds for personal enrichment and arms purchases for Sierra Leone, particularly during the AFRC/RUF period. END_OF_DOCUMENT_TOKEN_TO_BE_REPLACED