Kadi Showdown: Substantive Review of (UN) Sanctions by the ECJ

After more than a decade on the UN 1267 sanctions list, Yassin Abdullah Kadi was delisted by the UN 1267 Committee on 5 October 2012, following review of a delisting request he had submitted through the Office of Ombudsperson: a mechanism established by Security Council Resolution 1904 (2009) and enhanced by Security Council Resolution 1989 (2011)—and a mechanism which the Kadi cases before the European Union courts (along with some others in domestic courts, such as Nada, Abdelrazik, Hay, Ahmed, etc) pushed to create.

Kadi’s delisting came at a time when the European Commission, the Council of the EU, and the UK were pursuing an appeal against the General Court’s decision in Kadi II. This was the decision striking down Kadi’s re-listing by the EU following the annulment of the Regulation listing him for the first time by the ECJ in Kadi I (for comment see here). And yet the appellants did not give up their appeal. It was not just that the delisting came shortly after oral argument before the ECJ had been concluded; they also wanted a decision on the serious issues raised in Kadi II, in particular the question of the standard of review that EU courts will apply in reviewing UN-imposed terrorist sanctions against named individuals and legal entities. The importance of this jurisprudence for future cases is obvious.

The Grand Chamber of the ECJ delivered its decision on the Kadi II appeal on 18 July 2013. It upheld the decision of the GC striking down the Regulation relisting Kadi, even if it did overturn part of the GC reasoning. Most notably, it affirmed that it will continue to review EU listings implementing strict Security Council obligations in the face of lack of equivalent control at UN level, it insisted on a rather strict standard of review of such listings, and it undertook—for the first time—substantive review of the reasons for listing offered by the EU (which were in fact merely those offered in the terse ‘narrative summary of reasons for listing’ that the Security Council released). END_OF_DOCUMENT_TOKEN_TO_BE_REPLACED 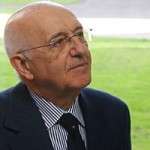 The Antonio Cassese Initiative is very grateful to have received an una tantum donation from the ‘Stichting Praemium Erasmianum’.

This foundation aims to strengthen the position of the humanities, the social sciences and the arts. Every year the foundation awards the Erasmus Prize, intended for persons or institutions that have made an exceptional contribution to culture in Europe. In 2009, Antonio Cassese received the Erasmus Prize for his significant contribution to the development of a universal system of law and for motivating a great number of student and collaborators in his function as judge, scholar, teacher and critic. Therefore, to continue his legacy, the Initiative has decided to use the donation to motivate students and young professionals to take part in the development of international law by writing a paper on new perspectives in international criminal law.

Oxford University Press has kindly accepted to contribute to the Prize with a donation in books.

For more information about the Prize and the call for papers, please click here.

Filed under: EJIL Reports
Comments Off on Call for Papers: Cassese Initiative Prize

Today and tomorrow, the Annual Junior Faculty Forum for International Law hosts its second event at the University of Nottingham. The Forum is convened by Professors Dino Kritsiotis (Nottingham), Anne Orford (Melbourne) and JHH Weiler (NYU) and its program is here.

Call for Papers: “Human Rights and the Dark Side of Globalisation: Transnational law enforcement and migration control”

Globalisation and the promotion of human rights are often assumed to walk hand in hand as increased interdependence favours rights-based governance and global communication means that human rights abuses are reported in real time. Yet, there is a flip side to this relationship. States, and especially more resourceful States, are themselves making increasing use of the possibilities afforded by processes linked to globalisation. Hitherto public exercises of authority like policing, detention and other law enforcement activities are today increasingly exercised extraterritorially, delegated to non-state actors or outsourced to foreign governments. This workshop examines the continued viability of international human rights law in the face of e.g. offshore detention schemes, private military contractors and the exercise of migration control abroad.

Filed under: Conference, EJIL Reports
Comments Off on Call for Papers: “Human Rights and the Dark Side of Globalisation: Transnational law enforcement and migration control”

Call for papers: “Natural resources grabbing: erosion or legitimate exercise of State sovereignty?” 4th and 5th October 2013, University of Cagliari (Sardinia, Italy);  deadline for submissions of abstracts: 15 June 2013. The growing demand for natural resources has triggered a “race” to their exploitation and possession, especially in developing countries. This research project aims at addressing, from an international law perspective, this very complex challenge for the international community. Details here.

Internationally acclaimed women scholars and advanced PhD candidates are invited to the second conference on the Creation of International Law, to be hosted by the University of Wisconsin on April 4-5, 2014 as part of its Wisconsin International Law Journal annual symposium. The intention is to continue and expand the network of women scholars and practitioners that was launched in 2009 in Norway to support their engagement in public international law.  The theme of the second conference is: Exploring the International Law Components of Peace. The pursuit of peace remains a global challenge and there is a need for reflection as to how the current international public law institutional and normative structure functions and what are the gaps? Call for papers and more details here.

Calls for Papers: Irish Yearbook of International Law; Hellenic Branch of the ILA

1) The editors of the Irish Yearbook of International Law welcome submissions for publication in the next volume of the Yearbook. Articles should not be published or under consideration for publication elsewhere. An annual, peer reviewed publication, the Irish Yearbook of International Law is committed to the publication of articles of general interest in international law as well as articles that have a particular connection to, or relevance for, Ireland. Articles are usually 10,000 to 12,000 words in length, although longer pieces will be considered. The Yearbook also publishes a small number of shorter articles and notes, which should not exceed 6,000 words. Submissions, comprising a brief 100-word abstract, article and confirmation of exclusive submission, should be sent to both Siobhán Mullally (s.mullally {at} ucc(.)ie) and Fiona de Londras (fiona.de-londras {at} durham.ac(.)uk) by 21 June 2013. Anyone wishing to review a particular title in the Yearbook’s book review section are also invited to contact the editors. Further information on the Yearbook (including style guide) is available at the IYIL website.

2) The Hellenic Branch of the ILA is holding a regional conference in Cape Sounion, Athens, on 29-31 August 2013. A call for papers has been circulated and is available here along with registration details and other information.

Filed under: EJIL Reports
Comments Off on Calls for Papers: Irish Yearbook of International Law; Hellenic Branch of the ILA

As part of the Schumpeter CONREASON Project, based at the Max Planck Institute for Comparative Public Law and International Law, an online expert survey is being conducted on judicial attitudes towards European law and European integration in the European Union. The survey focuses on supreme and constitutional courts and their doctrinal response to the legal integration process. The survey targets all those who are potential experts in the EU legal integration process: academics, judges, law students, etc.

The online questionnaire takes only a few minutes to complete. You can choose on which court you wish to report and even take several surveys in case you want to report on more than one court. To take the survey just click on the link below, which will take you to the survey page of the CONREASON Project Website:

Please feel free to contact the project team (conreason {at} mpil(.)de) for questions and remarks regarding the questionnaire. Feedback is welcome.

The International Court of Justice has issued a call for papers for a panel at its conference on the centenary of the Peace Palace in September. This is probably a first for the Court (at least I can’t remember it issuing a call for papers before), and the selection of the papers will be made by a panel of three of the Court’s judges. Appropriately enough, the Court seems to be accepting submissions only by snail mail. Details here.

Filed under: Conference, EJIL Reports
Comments Off on ICJ Call for Papers

This conference seeks papers pursuing empirical, normative, comparative or theoretical approaches to the study of ICTs, and welcomes contributions from law and social science, including philosophy, sociology, criminology, psychology and history. Details here.

Filed under: Conference, EJIL Reports
Comments Off on Pluricourts Call for Papers – Legitimacy and Effectiveness of International Criminal Courts
Page 1 of 2312345Next ›Last »