The ‘left-to-die boat’: whose responsibility for the death of 63 migrants in the Mediterranean?

Given the relative lack of media hype (with notable exceptions, see also here), readers may have missed the Council of Europe Parliamentary Assembly’s scathing report on the ‘left-to-die boat’ in the Mediterranean. On 27 March 2011, during the UN-authorized NATO military operations in Libya (see UNSCR 1973(2011)), a dinghy with 72 migrants (some of whom children) was making its way from Tripoli to Lampedusa when it run into difficulties for lack of fuel and food/water supplies. The ‘captain’ of the dinghy contacted a priest in Italy who swiftly alerted the Guardia Costiera (Coast Guard). The Italian authorities informed NATO of the coordinates of the ship in distress and sent repeated ‘ship in distress’ messages to all nearby vessels via satellite. An unidentified helicopter offered water and biscuits to the migrants and an unidentified warship passed very close nearby. Fishermen vessels also passed nearby. Spanish and Italian military vessels were apparently within easy reach. Yet no one rescued the migrants – and 63 of them died before the dinghy was brought by currents back to a city in Libya, after two weeks from their departure.

The United Nations estimates that at least 1,500 migrants died at sea in 2011 alone, but something is particularly harrowing about this case. The Italian government, the Spanish government, NATO (which had established a ‘maritime surveillance area’) and other countries knew the location of the dinghy, knew what the situation was, but omitted to intervene and effectively left 63 people to die of hunger and thirst in a portion of sea otherwise crowded with military and other ships (some of which precisely in charge of protecting the Libyan civilian population).

Among the many maritime borders and delimitations in the Mediterranean sea, one of the most important ones is the Search And Rescue (SAR) areas established under the International Maritime Search and Rescue Convention (1405 UNTS 118, as amended). Although this incident took place in the Libyan SAR, the Italian government, which had first received information about the distress, was probably under an obligation to coordinate a rescue operation. In fact, the Italian government today acknowledged its responsibility for the events. Minister Riccardi said that the government ‘accepts responsibility for this’, adding that these facts had ‘touched [him] very much’ and that they must provoke a rethinking of migration policies. The legal consequences of this acceptance of responsibility are important: Italy should now immediately proceed to compensate the survivors and the families of the victims for the suffering caused by Italy’s breach of its international obligations. Although commendable, ministerial apologies are certainly not enough. END_OF_DOCUMENT_TOKEN_TO_BE_REPLACED

For a country so obsessed with the bella figura (loosely translated as ‘making a good impression’), these are not good days for Italy – at least as far as international law is concerned. Only a few weeks after having been told by the International Court of Justice that its Court of Cassation had misapplied rules on state immunity against Germany, the government found itself in the position of having to rely on those same rules against India in an intricate case involving Italian soldiers allegedly killing unarmed fishermen off the coast of Kerala. On this occasion, the Italian Minister of Justice made some spurious assertions as to the lack of Indian jurisdiction over the killing of its own citizens which have been legally untenable at least since one day in September 1927 (ignore Lotus at your peril…).

But there is more. Yesterday, the Grand Chamber of the European Court of Human Rights strongly and unequivocally condemned the Italian policy of intercepting migrants’ boats in the Mediterranean sea and returning their unidentified passengers to Libya (Hirsi Jamaa and others v. Italy, 23 February 2012, available here; Hirsi hereinafter). And rightly so – the policy was such a flagrant breach of Italian and European obligations concerning international protection from refoulement that most observers and protection institutions had already unanimously expressed concern. To name but a few, the United Nations High Commissioner for Refugees, the Council of Europe’s Committee for the Prevention of Torture, the European Commission, Amnesty International, and Human Rights Watch had all previously said that such ‘push-back’ operations in the high seas were illegal both under international refugee law and under international human rights law (Hirsi, [33]-[41]).

The Hirsi case arose in the context of the 2007 bilateral anti-immigration cooperation agreement between Libya and Italy which was fully implemented in early 2009. When the policy of interception and rejection at sea was put into effect, it ostensibly achieved some of its stated aims. The Lampedusa ‘reception centre’ was suddenly nearly empty – a very different image compared to previous years (and subsequent events of 2011). In 2009 alone, more than 800 Somali, Eritrean and Nigerian citizens were returned to Libya before even touching Italian soil. They were returned to Tripoli without regard for the fact that, as unwanted migrants in Lybia, many of them faced a real risk of torture, physical violence, rape, indefinite detention in overcrowded and unhygienic conditions, as well as further expulsion towards their countries of origins. (Hirsi, [101]-[109]).

The applicants in Hirsi were 11 Somali and 13 Eritrean citizens belonging to a group of about two hundred migrants intercepted on 6 May 2009 about 35 nautical miles south of Lampedusa by the Revenue Police (Guardia di Finanza) and swiftly transferred to Tripoli on Italian military ships. None of them was identified by Italian authorities before being handed over to Libyan authorities. When ordered to board the Italian military ships, the migrants were told that they were being transferred to Italy. Two of them died in unknown circumstances after their arrival in Libya. Some of the others were granted refugee status by UNHCR in Tripoli. One of them was granted refugee status in Italy after making a second successful attempt at crossing the Mediterranean sea. It seems undisputed that they were genuinely in need of international protection.

There are three crucial reasons why Hirsi is a fundamental decision. The first is that it clarified that the Court’s Soering jurisprudence on non-refoulement under Article 3 ECHR also applies in the high seas. This is bound to have important consequences not only for the debates over the interpretation of the term ‘jurisdiction’ in Article 1 ECHR, but also, arguably, for the analogous long-standing debate over the applicability of non-refoulement obligations arising from the Geneva Convention on Refugees in the high seas. Secondly, it is only the second time (after Čonka v. Belgium, no. 51564/99, 2002) that the Court finds a State to have breached Article 4 of Protocol 4 ECHR, which prohibits the ‘collective expulsion of aliens’.  In order to reach such a conclusion, the Court had to interpret the term ‘expulsion’ somewhat counter-textually. Thirdly, Hirsi stands as a landmark judicial reaffirmation of the long-standing jurisprudence of the Court on the protection of migrants from the risk of torture and inhuman treatment, and must be read in the context of European migration policy. I will very briefly address these three questions in turn.

END_OF_DOCUMENT_TOKEN_TO_BE_REPLACED

The untidy dystopias of anti-terrorism: Italian State Secrets, CIA Covert Operations, and the Criminal law in the Abu Omar Judgment 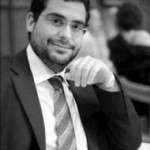 Francesco Messineo will join Kent Law School (Canterbury) as a Lecturer in Law in October 2010. He is currently a PhD candidate at the University of Cambridge.  Between 2004 and 2006, he was the Refugee Coordinator of the Italian Section of Amnesty International. His most recent publications include an aritcle in the Journal of International Criminal Justice  on the Abu Omar Case

Judgments delivered by the Fourth Criminal Section of the Tribunal of Milan, in Italy, do not generally make compelling reading for admirers of John Le Carré or Ian Fleming. Nevertheless, the one delivered in February 2010 by Dr Oscar Magi is a remarkable exception, for it contains a graphically detailed account of how the CIA and the Italian secret services conducted their ‘anti-terrorism’ operations in 2003 – down to the mobile phone numbers they used, the Internet map services they employed, and the type of private jets they chartered.[1] Above all, however, a rather chaotic state of affairs emerges from all this. Those CIA agents whose job was to abduct people in the ‘extraordinary renditions’ program probably believed that they were welcome to act as they pleased in Italy, and that they would be allowed to do so irrespective of Italian law.[2] Judge Magi strongly affirmed that they were not – and long prison sentences were imposed on many of them. One does not very often see CIA agents convicted by the courts of a friendly state. This may explain why the CIA committed one of its worst strategic mistakes in the last decade and overlooked both the constitutional independence of the Italian judicial system and the strong institutional tensions between different branches of the Italian government. In practice, because all the convicted Americans were tried in absentia, this simply means that they will not be able to travel to Europe for quite some time – or will have to do so under different identities, which presumably should not be an insurmountable problem for them. Yet, this case is quite remarkable because it is the only ‘renditions’ trial that reached the verdict stage. As such, it had quite some impact in the multifaceted relationship between Italy and the United States (see here and here for the ‘concerns’ and ‘disappointment’ of the State Department). In addition, it highlighted the untenability of some aspects of the fight against terrorism: not surprisingly, Human Rights Watch declared that this case ‘put the war on terror on trial’. Because it would be inappropriate for an international lawyer to comment on the former aspects (Italo-American relationships are best left to those who know more about them), I will focus on the latter issues – why renditions are untenable as a matter of law and policy. To do so, I will start by describing the evident conflict of power arising from the outset in this particular case. END_OF_DOCUMENT_TOKEN_TO_BE_REPLACED