Daniel Thym is Professor of Public, European and International Law at the University of Konstanz 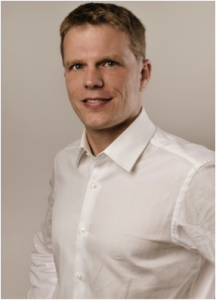 Domestic German debates about the euro-crisis have had an unreal character so far. In the face of an economic crisis with global repercussions, the German public has been fascinated by the role of the Constitutional Court whom they admire. A vast majority of Germans trust that the country’s highest justices will steer the euro-debate through troubled waters with legal arguments. This confidence in the ability of Germany’s top constitutionalists, including several public law professors, was always bound to lead to disappointment.

It is true that the German Constitutional Court cannot be held responsible for the excessive media hype (or indeed opinion polls) about its role. However, it has to shoulder some responsibility. In recent years, the Court’s Second Senate had nourished the expectation that its interpretation of the principle of democracy was a lodestar for rescue operations. The debate reminded me of the fairy tale ‘The Emperor‘s New Clothes’. Those who aspire to ever more prestigious garments as a sign of power and wisdom risk being found to be naked at the end of the day. This applies to the German judicial ‘sovereign’ in the same vein as to the entourage who longed to gain from the prestige of their glorious ruler.

The Court’s latest judgment on the European Stability Mechanism (ESM) (also discussed by Michael Waibel here) and related instruments is an excellent demonstration why the desire for the pomp and circumstance of imperial times, remains an illusion (at least in Germany). The lesson is evident: the time has come to recalibrate the (legal) debate on euro rescue operations in Germany and beyond. END_OF_DOCUMENT_TOKEN_TO_BE_REPLACED

Filed under: EJIL Analysis, European Union, Financial Crisis
Comments Off on The German Constitutional Court and the Euro-Crisis: The Emperor‘s New Clothes?