Syria the Land of Impunity 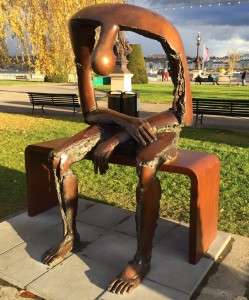 The Geneva Communiqué of the Action Group for Syria of 30 June 2012, which was endorsed by the UNSC Resolution 2118 (2013), identified key steps for a Syrian led political transition. The Communiqué problematized the “Syrian conflict” as one involving a challenge of security, safety and restoration of stability and calm. During the first half of 2015, Mr. Staffan De Mistura, the UN Special Envoy for Syria, carried out a series of consultations in Geneva with various local and international actors in the Syrian conflict, to explore views on how to “operationalize” the Geneva Communiqué. The consultations produced a proposal to set up four thematic intra-Syrian working groups, which would bring together Syrians from the government and the oppositions to discuss a range of transition topics, including a group on “safety and protection for all”. On 30 October 2015, all regional and international actors involved in the “Syrian conflict” met in Vienna and produced the Vienna Declaration, which promised to launch a “renewed political process” based on eight points of agreement. On 14 November 2015, the same group met again in Vienna and formed the International Syria Support Group (ISSG).  The ISSG pledged to bring the Syrian government and the opposition together to embark on a “political process pursuant to the 2012 Geneva Communiqué.”

Nowhere in the diplomatic literature produced so far can one find the word “impunity.” Indeed the political solution contemplated in the Geneva Communiqué, which is still at the core of the renewed political process, rests on the absence of this potentially explosive word. Instead, the Communiqué sets forth at point No. 10(d) that in order to achieve “safety, stability and calm” there needs to be a commitment to accountability for future crimes. As for accountability for acts committed during the present conflict, this must be addressed pursuant to a comprehensive package for transitional justice. The Communiqué stresses, in particular, “national reconciliation” and “forgiveness.”

The problematization of the “political process” as one involving a technocratic challenge to ensure “safety” is hugely shortsighted. The current diplomatic efforts are entirely geared towards bringing the local actors to the negotiation table. The language of “justice” and “rights” is seen as inadequate and unhelpful, as it is likely to subvert the political process. However, in the Syrian context this premise is both historically unwarranted and politically untenable. Indeed, the Syrian political process will have little chance of success if it does not address head-on the question of impunity, which is at the core of the Syrian conflict. END_OF_DOCUMENT_TOKEN_TO_BE_REPLACED

Who is Unwilling and Unable to Prosecute Crimes Against Humanity in Syria?

Abdulhay Sayed is an independent Syrian lawyer, and has been a lecturer in law in the Damascus Faculty of Law from 2005 to 2011.

For Syrians, who are caught between totalitarian arrogance and human folly, the debate in the Security Council on 22 May 2014, over the French-sponsored Chapter VII draft resolution to refer the situation of Syria to the International Criminal Court (ICC), was marked by a tragicomic mix of global point scoring and political impotence. The defeat of the resolution is a major disappointment to Syrians. By refusing to address impunity for crimes against humanity in Syria irrespective of perpetrators’ political affiliations, the Security Council has failed to uphold the basic principles for which the UN is supposed to stand—including saving “generations from the scourge of war” and affirming fundamental human rights and dignity.

The French initiative followed a year-long Swiss-led campaign, which called upon UN member States to refer the Syrian situation to the ICC, because Syria has not ratified the Rome Statute of 1998. The initiative’s failure follows the declaration of the Office of the High Commissioner on Human Rights in January 2014 that it is no longer able to count casualties in Syria. Together, these developments raise the frightening possibility that the problem of impunity in Syria will gradually fade from the UN agenda.

The international community has sought to traverse historic distances since the atrocities of Yugoslavia and Rwanda in the 1990s. There is now a permanent and purportedly universal system of criminal justice, which, in the present tremendously polarized Syrian context, could, at least, provide a structure for the objective naming of atrocious acts of violence as crimes. Surely, this system cannot by itself resolve the conflict or bring solace to the victims. Nonetheless, it could offer some measure of justice, letting victims know that a process could be put in motion to underwrite their long and arduous procession from naming the crimes against them to healing the wounds they inflicted. To demonstrate its credibility, however, this system of justice needed to act in the face of grave crimes in Syria by enabling the ICC to exercise jurisdiction.

Instead, the Security Council showed, yet again, its structural inability to see the Syrian question through the prism of Justice. Accountability for the gravest crimes ranked as less important than the pursuit of a political solution. Through Geneva I and II, the motto was: give priority to the restoration of peace through political negotiation, and let the Syrians address the question of impunity themselves. This approach is blind to the reality of the Syrian tragedy. For many Syrians, the escalation of the conflict is inextricably connected to the persistence of impunity. The failure of the international community to seriously address the question of impunity in Syria for so long has normalized the proliferation of violence in the country and seriously undermined the prospect of a political solution. By failing to pass a resolution addressing impunity, the Security Council has sent a chillingly straightforward message to the perpetrators of violations of International Humanitarian Law in Syria and in other regions: escalating violence improves your chances of securing a seat at the negotiating table. A Syrian political process that is negotiated at the expense of accountability is impossible. It carries the seeds of further atrocities and injustice. Instead, addressing impunity must become a defining criterion for any political process.

It is now very difficult to predict the consequences for Syria, of the Security Council’s failure. For Syrians, the international community has shown itself to be unwilling and unable to genuinely prosecute the grave crimes occurring in the present degenerative state of barbarism in their country.