EJIL is marking in different ways the passing of Nino Cassese, one of its founding editors. I have no intention of listing all of Antonio Cassese’s many distinctions and achieve­ments as one of the great international lawyers of his generation. Readers of EJIL will be familiar with all of that, and Wikipedia (a decent entry) is just one click away. It is the person behind the public ﬁgure who is of interest. One has to be personal. I met Nino for the ﬁrst time in 1978. I was a young(ish) Assistant at the European University Insti­tute. He was a Professor ‘down town’ in Florence. Relations between the faculty at the University and the EUI on the top of the hill were frosty. At best an entente cordiale. Nino would have none of that. He embraced me and within months of my arrival invited me, ﬁrst to his home, and then to contribute to a major project he was directing on Parlia­mentary Control of Foreign Policy. I was asked by him to write the Report on the Euro­pean Communities. It was a telling moment. The late Christoph Sasse, distinguished professor of EC law from Hamburg, was indignant: ‘a role for a Professor, not an Assist­ant’. Nino had no patience for that stuff either. He really did not know me all that well and was taking a risk. But it was typical of him: reaching out, welcoming, having faith, including the young, foreigners. It galvanized me. It was, too, a lesson for life.

Planting trees together, ploughing ﬁelds, building houses, jointly creating some­thing from nothing, all bring people together as little else does. I was privileged to build two houses together with Nino. One was this Journal – EJIL. Bruno (Simma) and I had no doubt that it should be Nino we should turn to as our Italian ‘partner’. He embraced the project with his typical enthusiasm and commitment. He had more ideas per gallon than all of us put together. The Italians have a wonderful saying: Nove parlano, Uno fa. Nine talk, one does! Nino was one of those Ones. Indeed, he did the work of all the other nine put together. And of course it was infectious. Those of you with some experience in these matters know how meetings of journals, institutes and the like proceed. The French idiom ‘Il faut’ goes into overtime. One needs to do this, and one needs to do that. A nice way of being creative, engaged and, yet, lazy and un­committed at the same time. Nino would collect all the ‘Il fauts’ like the discarded wine bottles at our meetings and then just do them! Whether it was organizing, or writing.

I attach at the end of the Editorial in the Current Volume of EJIL a list of his contributions to EJIL over the years – some iconic, all memorable. His imprint on the Journal is still everywhere, years after he left to build yet another house, the Journal of International Criminal Justice.

We also established together the Academy of European Law – now in its 23rd year. He took charge of the Human Rights section, I led the EU part. The same enthusiasm was on display there too. Here is a tiny, telling anecdote. At a certain point we had to dismiss an employee of the Academy who simply was not up to the task. Nino just could not do it. He called me, his Co-Director, for a little talk. ‘Joe, you’re an Old Testament type. You have to do it’… I did.

I invite students, colleagues, friends to contribute Moments of Nino – stories and recol­lections, which illuminate not his professorial or judicial or diplomatic prowess, but Nino’s human side and his great humanity. END_OF_DOCUMENT_TOKEN_TO_BE_REPLACED

Nino in His Own Words

EJIL will be publishing in due course a Special Issue in honour of Antonio Cassese in which, in addition to a scholarly symposium the contours of which are still under discussion, several tributes by some friends and colleagues will appear.

In 2003 Nino was invited as a Distinguished Global Fellow to NYU Law School. It is customary to invite senior judges, present or past, domestic and international, to that position. For a week or two they participate in seminars, give lectures and associate with colleagues. One ﬁxture in the calendar is a public interview ‘To Be a Judge on [this or that Court]’. The purpose of the interview is not to discuss ﬁne points of law, nor even to gain insight into the procedure of this or that Court or Tribunal, but pri­marily to get to know the person behind the judicial robes.

The following is a transcript of the interview I conducted on 4 September 2003 with Nino. It is only very slightly edited. I have not corrected the usual little lexical gremlins which creep into free ﬂowing discussion. I believe that in this unadorned way one can hear the authentic Nino – self-deprecating, earnest, passionate, with a twinkle in his eye, and that wonderful child-like little smile and giggle.

Professor Joseph Weiler [JW]: Good evening Ladies and Gentlemen, this is the third in our series of encounters with international and constitutional court judges. It’s a great priv­ilege and honour to have with us Professor Antonio Cassese, who was the ﬁrst President of the Tribunal for the former Yugoslavia.

Tell us ﬁrst of all a little bit about your background as a child, where were you born, where you went to school, what kind of school you went to – in short, the early Cassese. We want to get a feel for this person sitting next to me.

Professor Cassese: I was born in Atripalda (a village of 10,000 inhabitants) in 1937, but my family moved when I was a child to Salerno – which is a small town near Naples – in 1937, and that means that I have a very vivid recollection of the war, because as you know in September 1943 the American troops landed in Salerno, my hometown. And so, therefore I was six, but I remember the war very well, everything – every moment of bombing and the ﬁrst time I saw my mother crying, and the ﬁrst time I saw my father terrorized. He escaped and we went away to the countryside just a few days before the landing. END_OF_DOCUMENT_TOKEN_TO_BE_REPLACED 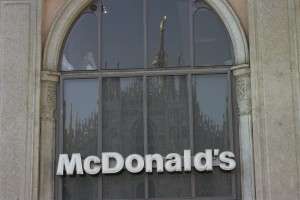 The experiment continues. This issue’s Last Page features a poem by Jonathan Shaw, On Reading Horace Odes 3.2 with Rusty Latin. For the most part we have had very positive reactions to both the Last Page poems, and to Roaming Charges. I would be worried if the reactions were universally favourable. Blandness we do not like at EJIL. As far as the Last Page is concerned, I make another plea – Poets of the World (of inter­national law) Unite! Send us your poems; encourage others to do so.

Roaming Charges still perplexes some: Nice photos, but how exactly does it relate to International Law? To EJIL? END_OF_DOCUMENT_TOKEN_TO_BE_REPLACED

Filed under: Editorials
Comments Off on Roaming Charges: Piazza Duomo Milano (and the Last Page)

This is the third episode of a series of posts on “The Rise and Fall of Eunomia”. Episodes 1  and 2 of this series can be found at here and here. The series was first posted in late 2010 and is being re-run.

The Sky is the Limit

In the aftermath of this landmark decision, Eunomian lawyers, flush with victory, vouched that more ambitious cases would be in the making. Eunomia had begun proceedings against the state of South Gacaca. South Gacaca had just emerged from a decade of turmoil during which a brutal regime of Apartheid was set up. Following a UN supervised transition, the first constituent assembly of South Gacaca adopted a complex scheme to restore ‘peace, justice and the rule of law.’ The scheme involved a Truth and Reconciliation Commission. By all accounts, it had lead to painful confessions, and had clarified the fate of thousands of disappeared persons. However, some of those who had committed crimes subsequently suggested that they had merely ‘gone along’ with the Commission to avoid what they considered to be a ‘foregone conclusion’ if they had gone to trial.

Eunomia had been contacted by a group of victims of the South Gacacan regime who felt they were being shortchanged by the whole scheme, and who had launched a coalition under the slogan, ‘We don’t want truth, we want justice!’ Armed with that popular mandate, Eunomia argued before the ICJ that in proclaiming an amnesty, the South Gacacan state sought to extinguish an interest in prosecutions that was not entirely its to extinguish. In his blog, the head of Eunomia’s Ministry for Global Transitional Justice was quoted as saying

if crimes against humanity are really crimes against humanity, then we must understand that it is the conscience of mankind that is shocked by them. We sympathize with some of the reasons that have been advanced by South Gacaca to push ahead with the Truth and Reconciliation process, but we also believe that international law mandates some prosecutions of at least those principally responsible for the atrocities committed in the last decade. We would not be faithful to our ideals if we did not press this case. Eunomia will stand by the side of the victims of South Gacaca.

An even more ambitious case for Eunomia’s legal team was in the works that would have involved Eunomia suing all of the world’s major polluters at once for their contribution to global warming, and what was hailed as an erga omnes obligation not to contribute to the destruction of all living ecosystems. Eunomian lawyers knew this was a long shot but they felt that if worse came to worse it would at least attract attention to the urgency of the problem. A London barrister and professor of international environmental law had been hired to work on the case, and was said to be confident that the ICJ would recognize an actio popularis to defend against irreversible global damage to the environment. After the disappearance of the Seychelles two years earlier, some judges were said to be eager to adopt a landmark decision revolutionizing the old Trail-Smelter precedent in an age of “Global Commons” (although the less generously inclined suggested that the judges were mostly worried about the Peace Palace being flooded by rising waters threatening the Dutch coast). A case challenging ‘global economic inequality’ was also in the making. Eunomia was said to be preparing to invoke a range of treaties on economic cooperation and soft law on the right to development in support of this ‘mega-case.’ The argument was that many states that would have stood to benefit from litigating under-development failed to do so out of fear that they would be ostracized by the donor community.